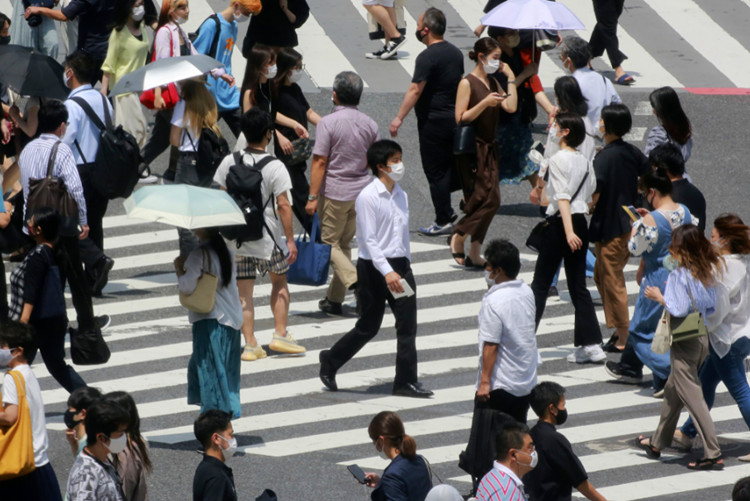 The number of daily new COVID-19 cases in Japan has blown past 10,000 for the first time since the pandemic's onset, with 10,110 infections logged in the country as of 5:30 p.m. Thursday.

Japanese Prime Minister Yoshihide Suga said on Thursday that the government will decide on Friday whether to declare a state of emergency in the regions in response to calls from some prefectures.

Japan's Okinawa and Tokyo are already under a state of emergency until August 22. Broadcaster NHK reported on Thursday that the date will be extended until the end of August. At the same time, the virus emergency will be declared in four additional prefectures – Saitama, Chiba, Kanagawa and Osaka from August 2 to 31, it added.

However, the prime minister reiterated that he could not see the Tokyo Olympics, which are in full swing, contributing to a rise in infections, thanks to the strict containment measures.

The total number of Games-related cases stands at 193, including athletes, media personnel, Olympic employees and contractors.

International Olympic Committee spokesman Mark Adams also said there was nothing to suggest a link between the Games and the rising figures in Japan.

Shigeru Omi, the Japanese government's top medical adviser, warned on Thursday that the country faces its most serious situation ever since the beginning of the pandemic, urging the government to send out a clearer and stronger message about its increasing risk to the medical system.

The National Institute of Infectious Diseases has estimated that the highly contagious Delta variant is now responsible for about 70 percent of the infections in the metropolitan areas.