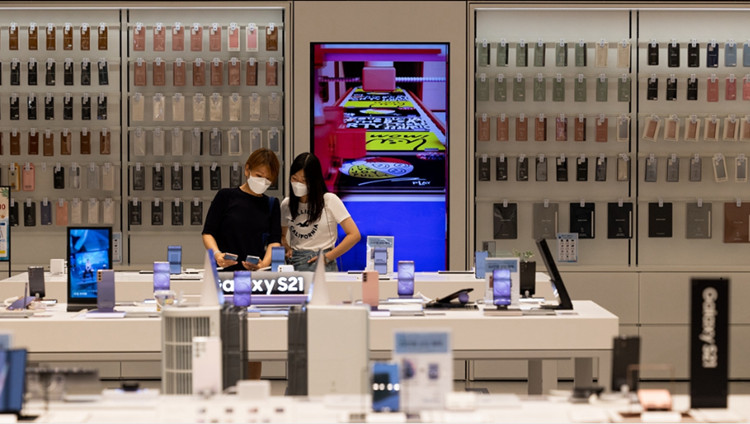 South Korea's economy expanded at the fastest annual pace in a decade in the second quarter, thanks to a pick up in private consumption, though a resurgence of COVID-19 casts doubt over the outlook for growth for the rest of the year.

Tuesday's data from the Bank of Korea (BOK) showed gross domestic product grew by 0.7 percent in the second quarter, after rising by 1.7 percent three months earlier and matching a 0.7-percent growth tipped in a Reuters survey.

Growth over the year sprang ahead to the fastest in a decade of 5.9 percent, up sharply from 1.9 percent in the first quarter, in part because of the low base effect of last year, while both exports and imports picked up further as the global reopening continued.

That, however, missed market forecast growth of 6 percent for the annual reading.

The result would be no surprise to the BOK, which is expected to be the first Asian economy to raise interest rates from pandemic-era lows, anticipating a 4-percent economic expansion and a revival in inflation.

But economists see the pace of growth slowing in the third quarter as the government brought in its toughest coronavirus restrictions yet to contain the worst outbreak in the country.

While exports surged by 22.4 percent on-year, they declined by 2 percent from the previous quarter and became a net drag to economic output in the second quarter, suggesting growth may plateau in the months ahead.

The main driver of growth in the second quarter was private consumption and government expenditure, which rose by 3.5 percent and 3.9 percent, respectively, on-quarter.

Facility investment gained a mere 0.6 percent after jumping 6.1 percent in the previous quarter.

A new wave of infections could also slow momentum, but economists see the economy's rapid recovery largely withstanding the latest curbs on activity as vaccinations proceed.

"We remain optimistic about the economic recovery, as exports and investments should remain a pillar of strength, while the implementation of the extra fiscal budgets will help cushion some of the negative impact of the recent COVID outbreak," said Lloyd Chan, an economist at Oxford Economics.