Far-reaching US gains from "phase one" trade deal 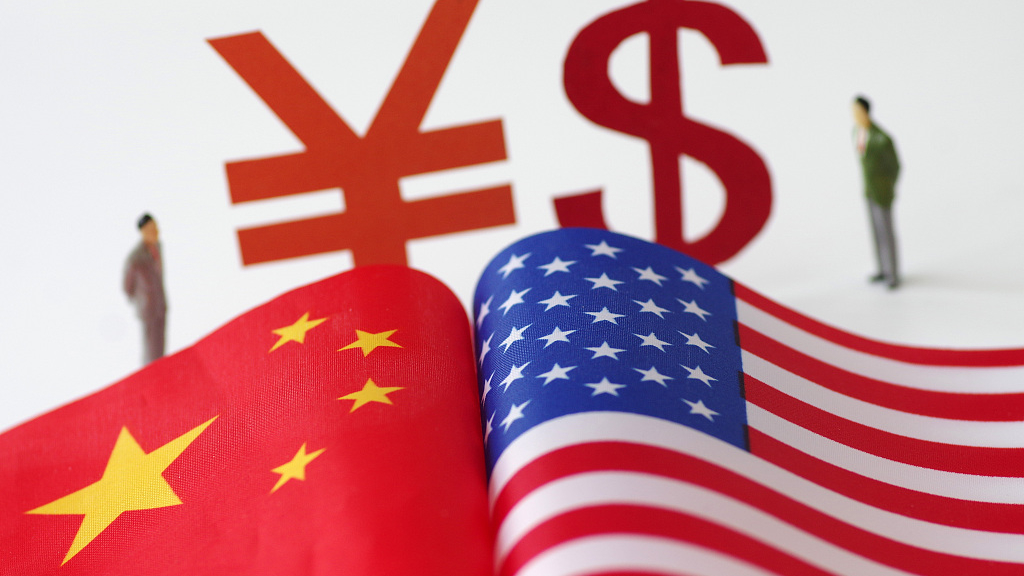 Editor's note: Azhar Azam works in a private organization as a market and business analyst and writes about geopolitical issues and regional conflicts. The article reflects the author's opinions and not necessarily the views of CGTN.

At the back of nearly two years of diplomatic rhetoric, enactment of retaliatory tariffs and tensed negotiations between the two largest economies of the world, China and the United States have finally agreed on a consensus text of the "phase one" economic and trade deal.

The agreement between the two sides on intellectual property rights, technology transfer, agriculture products, exchange rate and transparency, trade expansion, bilateral assessment and dispute settlements – based on the principle of "equality and mutual trust" – is far more important than the abrupt trade gains by either of the countries.

Right from the flare-up of the trade war by the US President Donald Trump, Washington has been consistently accusing Beijing of currency manipulation and forced technology transfer as well as showing reluctance to open up its market and being lenient on IP protection.

Through the maiden trade treaty, China benignly coped with all the US fundamental gripes although it had some deep concerns over America's flimsy allegations. Beijing has also been mindful of the downward pressure on the global economy so it made intense efforts to chill the trade war with Washington and jointly step ahead to boost the confidence of global economies, stabilize financial markets and shape up a favorable environment for worldwide investments and trade activities.

China's notion toward a trade truce for resurrecting global economic development has impressed the US Last weekend, US Treasury Secretary Steven Mnuchin endorsed the Chinese viewpoint and stated that the trade deal between China and the US was "very good" for global economic growth.

Mnuchin said, "This deals with intellectual property, this deals with technology transfer, it deals with structural agricultural issues, financial services and opening up, currency understandings, as well as a commitment to purchase US agriculture and US goods." He added that the "phase one" deal should be viewed in the bigger China-US economic and trade perspective.

China has surely pledged to ramp up its agriculture imports from the US and the move will certainly embolden the trade war-battered American farmers to increase their agriculture and food exports, comprising corn, meat, poultry and soybean, to China.

There is endemic debate going on the world over as to how Beijing would be able to make big farm purchases from Washington, expressly soybean. What the discussion should be focused on is if the US is in a position to meet massive Chinese soybean domestic consumption – having conceded its top oilseed production slot to Brazil.

Beijing was the largest soy buyer in the world with imports of more than 82 million tons of the oilseeds in the first 11 months of 2019.

Even before the "phase one" trade deal was formally announced, China indeed wanted to de-escalate the trade war and it persuasively demonstrated the intent by raising its soybean imports from the US The 13 times increase in Chinese imports of the American soy between September and November year-on-year is testament of its willingness to fulfill its US agriculture purchase commitments.

Agriculture trade data and China's conformation to the key US demands – about improved IP protection, opening up of its markets, resilience on technology transfer and the measures on currency stabilization –showed Beijing's gritty drive to wind down trade strains with Washington.

In exchange for a far-reaching trade deal with China, the Trump administration still maintained 25 percent tariffs on approximately 250-billion-US-dollars-worth of Chinese goods and halved tariffs to only 7.5 percent on the other 120 billion dollars of imports from China.

As the US' smaller tariff rollback would hardly endow any plausible push to Beijing's exports to Washington or the global economy, the deal predominantly benefited the US

New York-based leading global investment banking, securities and investment management company, Goldman Sachs, was disappointed with the US miniscule tariff reduction on the Chinese goods that forecast it to be at least double than the actual 7.5 percent. "The reduction is only half as large as our baseline assumption," said Jan Hatzius, Goldman's chief economist.

Hatzius' reading of the China-US "phase one" covenant overtly spoke about the US inflexibility and Chinese clemency for reaching a trade deal and cued that the US steps were insufficient to refresh the bilateral trade relations and provide a fillip to the global economy.

Considering US the biggest economy of the world, the global markets would have expected a much rational American reaction to Chinese profounder spirit. If the US was seriously concerned about the global economy, the tariff reduction on Chinese goods should have been greater than the analysts' predictions.

The US needs to learn from China's strategy of advancing economic development by promoting high-quality and competitive goods and services imports from all countries. It should therefore pursue to phase out additional tariffs on Chinese goods more bigheartedly to truly stimulate bilateral trade as well as global economy and financial stability.