Come and learn from one of the best part-time designers

With the continuous development and expansion of BuildMost, the demand for designers is enormous. In order to make BuildMost accessible for more talented designers, we engaged a group of part-time designers to promote BuildMost. Daniel is the best one among them to invite designers to join BuildMost.

Daniel invited a total of 571 designers to join BuildMost, of which nearly half (261) have completed their personal information and 172 have uploaded design works. As a part-time designer, Daniel has earned a total of 1720 USD on BuildMost from August 2021 to the present. Daniel mentioned that the money he earns from BuildMost every month is enough to sustain his daily expenses for a month or even months.
I'm sure everyone is curious about how he achieved it so we contacted the excellent Daniel. Today we're going to reveal why Daniel has achieved such success, and hopefully, you'll learn something from it.

Having a Full Appreciation of BuildMost

When it comes to promoting a new product or service for your business, how well you know about it determines the final pitch. Daniel's comprehension of BuildMost surprised me when we discussed it.

Daniel is in favor of BuildMost because it is the best place to get online clients. On BuildMost, designers can also showcase their design works for clients who have projects and post their requirements.

BuildMost can not only benefit global buyers but also designers and suppliers. Daniel found that it is very easy to look for design services and products on BuildMost. BuildMost has brought many designers on one page. So the clients can find they preferred designers to cooperate with, which can save their time and money.
Designers and suppliers can easily find job opportunities thanks to BuildMost and they don’t have to take a lot of time to look for jobs from different places.
BuildMost has focused fully on one industry that is construction, design, and anything related to the building environment. BuildMost has a higher power because of its one-stop solutions. Daniel believes that if we can be patient and allow BuildMost to flourish, it will dominate the building materials and design industries.

As a person who has outstanding achievements in this job, there is no doubt that Daniel has his own tricks.

Having Persistence and Perseverance

Five months is not a short period of time. Daniel said he's been able to stick for so long a time because BuildMost is trustworthy. He is never worried that BuildMost will default on his wages because we signed an agreement with him and BuildMost always pays him on time. What's more, there will be a notification every payday and we will confirm with him if he has received the money after payment.

Daniel has encountered some difficulties and overcomes them in this process. Rejection is a common occurrence for Daniel, and he has even suffered abuse. I found Daniel to be very positive and optimistic in the face of difficulties. For example, Daniel told me that he will succeed as long as those who abuse him want to join BuildMost just once. Daniel has always thrived on difficulties because he's convinced that BuildMost is useful, and what he's doing is offering a new job opportunity to these designers.

Considering the Part-time Job as a Way to Relax

Generally speaking, a part-time job is very unstable, and Daniel's ability to persist for such a long time is due to his positive attitude. Daniel wants to have a rest when he is tired of designing, and inviting designers to BuildMost is a way for him to take a break.

Knowing What is Attractive to Designers

In addition to doing a good job in his own work, Daniel is also very good at leading other part-time members to complete their work. Daniel said the most convincing evidence of his persuasion to move in was his income from doing the job. What Daniel did is to show his work process to other part-time designers and the earnings will motivate them to work harder.

That's all we have to share, hoping to give you some inspiration. As the new year begins, wish you all a prosperous career! 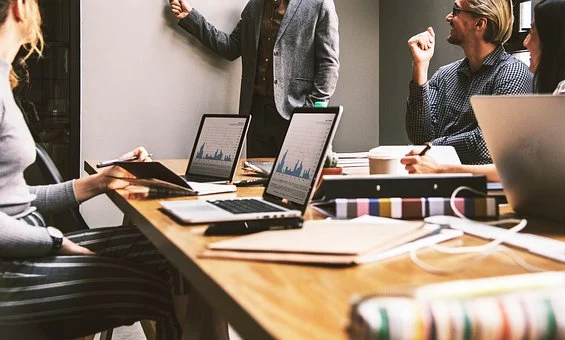 The secrets of success from BuildMost's outstanding designer