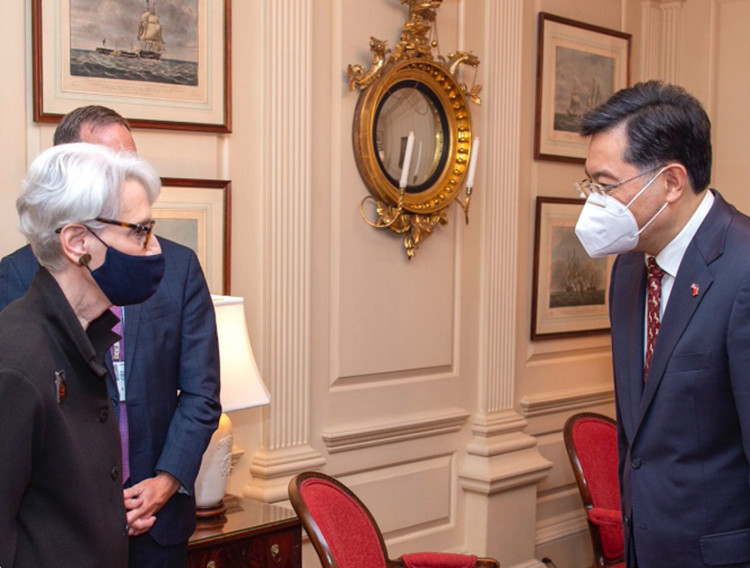 "Both sides agreed that China-U.S. relations are very important, and it is necessary for the two sides to resolve issues through dialogue and communication, properly manage differences and disagreements, and improve the bilateral relations," Qin said when responding to questions from the media after the meeting.

He emphasized that the Taiwan question is the most important and sensitive issue in China-U.S. relations and said he had clearly stated China's position on the issue to Sherman.

Sherman welcomed Qin to his new diplomatic assignment, saying the Department of State will provide convenience and support for the ambassador's performance of duties in the United States.

Qin thanked the U.S. side for providing support and assistance for him. He pointed out that the China-U.S. relationship is at a new crossroads. He pledged to follow the spirit of the telephone conversation between the presidents of the two countries on the eve of the Chinese New Year, enhance communication and dialogue with the U.S. side, and work to promote a rational, stable, manageable and constructive China-U.S. relationship.

The two officials exchanged views on issues of mutual interest and agreed to maintain close dialogue and communication.

Qin arrived in Washington in late July to assume office as China's ambassador to the U.S., succeeding Cui Tiankai. Sherman also paid a visit to the Chinese city of Tianjin last month.