ECB pledges low rates for even longer to support prices 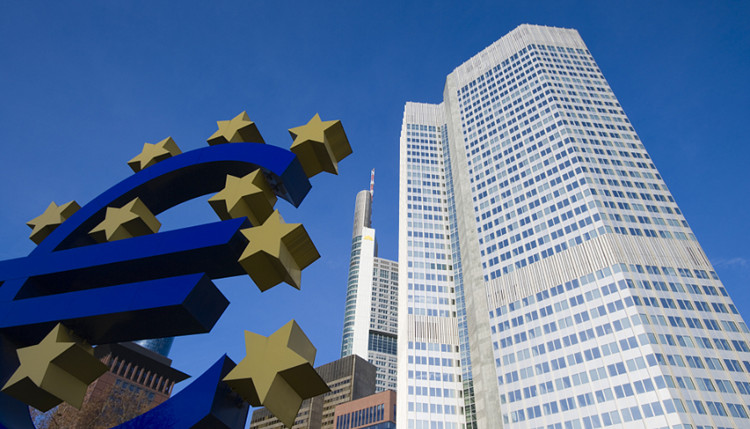 The European Central Bank pledged on Thursday to keep interest rates at record lows for even longer to help sluggish inflation in the euro zone rise back to its elusive 2 percent target.

The central bank of the 19 countries that share the euro said it would not hike rates until it sees inflation reach its 2 percent target "well ahead of the end of its projection horizon and durably."

Inflation has lagged below that level for most of the past decade and the goal has slipped further from its grasp since the onset of the coronavirus pandemic.

The messaging was probably intended to push expectations for the first ECB rate hike since 2011 further into the future as inflation in the euro zone is not expected to reach 2 percent for at least two years, according to the ECB's own estimates.

"The Governing Council expects the key ECB interest rates to remain at their present or lower levels until it sees inflation reaching 2 percent well ahead of the end of its projection horizon and durably for the rest of the projection horizon and it judges that realized progress in underlying inflation is sufficiently advanced to be consistent with inflation stabilizing at 2 percent over the medium term," the ECB said.

"This may also imply a transitory period in which inflation is moderately above target," it added.

The ECB's previous guidance said it would keep interest rates where they are until it was happy that inflation expectations were converging to its target and stop buying bonds under its quantitative easing program shortly before that.

The shift in language was prompted by the new strategy unveiled earlier this month, when the ECB promised to be "especially forceful or persistent" and even let inflation edge above 2 percent because interest rates are near rock-bottom.

But rate-setters squabbled then over how to tailor their policy path to fit that commitment and it is likely that Thursday's message was the result of a compromise.

Governors from indebted countries such as Portugal's Mario Centeno and Italy's Ignazio Visco came out in force before the meeting to argue that the new strategy means the ECB should keep the money taps wide open for even longer.

But inflation hawks, who favor tighter policy and tend to come from countries with lower debt-to-GDP ratios like Germany, have been more cautious, as they expect price pressures to return sooner.

Inflation in Germany is already set to surpass 2 percent this year due to temporary factors.

The ECB expects inflation in the euro zone as a whole to hit 1.9 percent this year before falling back to 1.5 percent in 2022 and 1.4 percent the year after.

Financial markets are not pricing in a rate hike for at least three years.

The forward guidance will inform the ECB's approach to fundamental decisions that must be made at coming meetings, including how to wind down its 1.85 trillion euro ($2.18 trillion) Pandemic Emergency Purchase Program (PEPP) and whether to replace it, at least in part, with other schemes.

Conservative policymakers argue that the COVID-19 emergency is fading so the ECB needs to give up its extraordinary powers and revert to more traditional measures, bound by stricter rules and with a narrower focus on getting inflation back to target.

But doves who back an easier policy stance have warned about the risk posed by the fast-spreading Delta variant, which has already caused curbs to be partially reinstated in some euro zone countries.

Under the PEPP, the ECB can buy bonds wherever it deems it necessary and without pre-set volume quotas.

The longer-established Asset Purchase Program, however, requires purchases in proportion to the size of each of the euro zone economies, known as the capital key, at pre-set volumes, and excludes heavily-indebted Greece because its credit rating is too low.

The ECB is also expected to change how it communicates policy, with President Christine Lagarde promising "shorter, crisper" statements with less jargon.

Lagarde's news conference is scheduled to start at 1230 GMT.