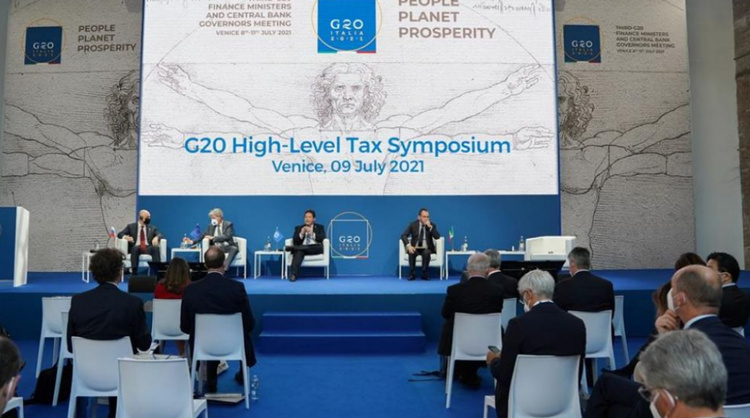 G20 finance ministers on Saturday gave their backing to a historic deal to overhaul the way multinational companies are taxed, and urged hold-out countries to get on board.

Some 132 countries have already signed up to a framework for international tax reform, including a minimum corporate rate of 15 percent, struck earlier this month. But the endorsement by the 19 biggest economies plus the European Union will help ensure it becomes a reality following years of negotiations.

"We have achieved a historic agreement on a more stable and fairer international tax architecture," the ministers said in a final statement following two days of talks in Venice, hosted by the rotating G20 chairman Italy.

"We endorse the key components of the two pillars on the reallocation of profits of multinational enterprises and an effective global minimum tax," said the statement.

The reforms aim to prevent countries competing to offer the lowest tax rates to attract investment, which has often resulted in multinationals paying derisory levels of tax.

The final agreement is expected in the run-up to the G20 leaders' summit in Rome in October, with hopes the reforms can be in place by 2023.

The Governor of the People's Bank of China Yi Gang attended the meeting via video link and urged the G20 to play a coordinating role to promote international green financial markets and support low-carbon transformation.