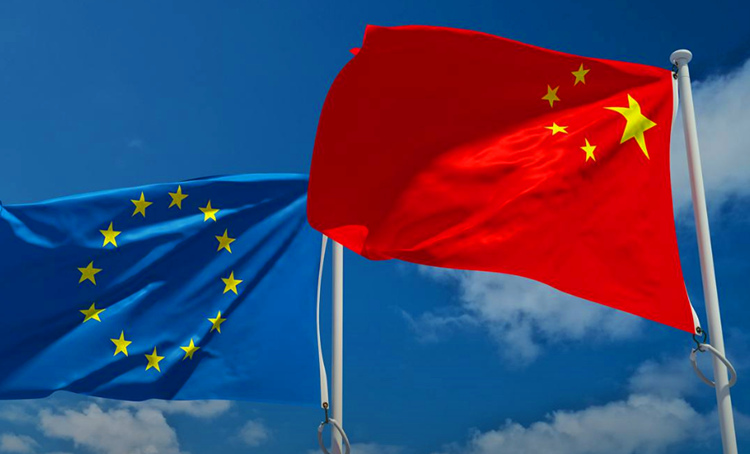 China and the European Union (EU) were undertaking legal reviews, translation and other technical preparations for the China-EU Comprehensive Investment Agreement, spokesperson of China's Ministry of Commerce (MOFCOM) Gao Feng said on Thursday at a press conference.

The investment agreement was negotiated at the end of 2020, and has since entered the text review stage.

At a video summit held by leaders in China, France and Germany on Monday, French President Emmanuel Macron and German Chancellor Angela Merkel expressed their support for the bilateral deal hoping that it would be approved soon.

As the world's two largest economies, China and the EU are highly complementary and have great potential for cooperation, Gao said.

The strengthening of economic and trade cooperation between China and the EU is conducive to enhancing the well-being of the people of both sides, jointly responding to global challenges, and promoting the recovery of the world economy, he added.

Bilateral trade and investment between China and Europe are growing steadily over recent years. China became the EU's largest trading partner in 2020.

According to China's official statistics, the China-EU trade volume saw year-on-year increase of 28.7 percent in the first five months of 2021; EU investment in China increased by 16.8 percent year on year during the same period.

China's investment in the EU increased by 70.8 percent year on year in the first four months of the year.

Also on the agenda at the news conference were the allegations of forced-labor in Xinjiang's cotton industry, which recently sparked controversy in Europe and elsewhere. China has denied the groundless allegations.

One major Japanese company recently announced its decision to continue working with suppliers in the region. Ryohin Keikaku, the parent company of the Japanese brand, Muji, recently said that it will continue using cotton produced in Xinjiang.

"We have reiterated this multiple times. The so-called forced-labor issue totally disobeys the facts. Individual countries operate through protectionism and bullying by using so-called human rights violations. This severely damages the international trade and economic order. We urge certain countries to immediately correct their actions. And we would like to continue supporting foreign companies to have trade and investment in Xinjiang," Gao said.

He also confirmed that international organizations, from certain industries, and representatives from foreign companies, will soon visit Xinjiang for an inspection.

Beijing is looking forward to their trip, he added.