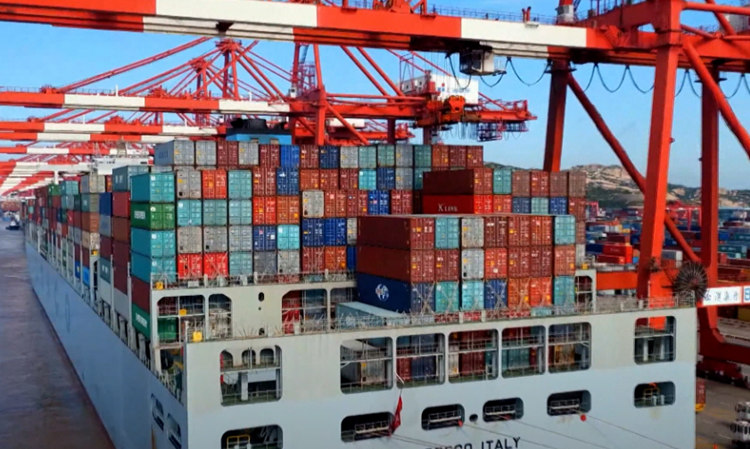 China's new ambassador to the UK says he hopes trade ties between the two countries can be strengthened, despite "headwinds" in their relationship.

Zheng Zeguang was making his first public appearance as ambassador at a webinar celebrating 20 years of the Chinese Chamber of Commerce in the UK.

China is the UK's fifth-largest trading partner, with bilateral trade in goods and services worth $112 billion a year.

But a series of high-profile disagreements on key issues has raised political tensions between the governments in London and Beijing.

They include the future of Hong Kong and retaliatory sanctions over allegations of human rights abuses in Xinjiang – something China strongly denies.

"China creates opportunities for the UK rather than poses a threat," said Zheng.

"The sound development of China-UK relations will provide a stable and predictable macro-environment for the enterprises of our two countries."

Over the past two decades, the economic relationship has improved significantly. Exports either way have risen almost 900 percent during that period, according to Sherard Cowper-Coles, chair of the China-Britain Business Council.

"There are now more than 800 Chinese-owned companies trading in the UK, employing some 75,000 people throughout the country. So, trade may sound like quite an abstract relationship but for me it's about real people making, buying and selling real things," he said.

Bilateral ties may have peaked under former Prime Minister David Cameron, who ushered in a so-called "Golden Era" of relations with the world's second largest economy. But several high-profile deals have since been reviewed, with the current political environment in the UK a lot more wary of Chinese investment, especially in key, sensitive areas of the economy.

Last year, telecoms firm Huawei was banned from taking part in the UK's 5G networks – a decision the company said would cost the country billions of dollars.

Zheng said the countries were now at a "critical juncture" and it was "even more important that businesses keep working" to improve ties.

Commenting on the political tensions, he added: "It is not surprising that we have different views on certain issues, but the key is to respect core interests and major concerns."