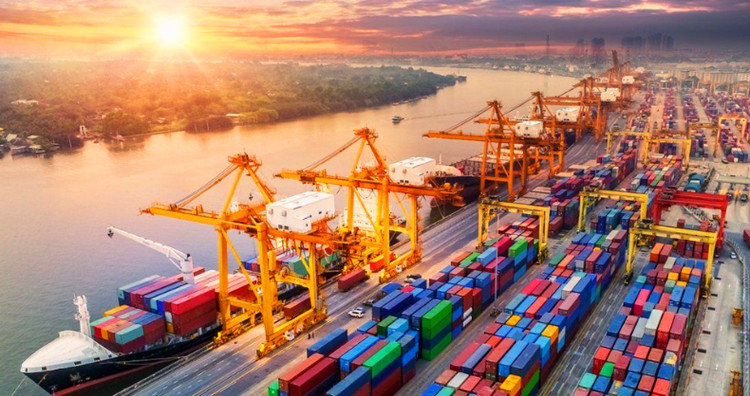 Britain is to start negotiations to join a free trade area which could grant businesses access to "some of the biggest economies of the present and future", the government has said.

The Comprehensive and Progressive Agreement for Trans-Pacific Partnership (CPTPP) is made up of 11 nations, including Australia, Canada and Japan.

Membership would reduce tariffs on exports such as cars and whisky.

The trade area covers a market of around 500 million people.

New Zealand, Brunei, Chile, Malaysia, Mexico, Peru, Singapore and Vietnam are also founder members of the trade agreement, which was established in 2018. The UK applied to join the bloc in January following Brexit.

International Trade Secretary Liz Truss said the trade area was the "part of the world where Britain's greatest opportunities lie".

Being granted membership would be a "glittering post-Brexit prize that I want us to seize", she said.

Ms Truss said membership would help "farmers, makers and innovators sell to some of the biggest economies of the present and future, but without ceding control over our laws, borders or money".

However, there has already been a political backlash against the UK's recently agreed free trade deal with Australia. UK farmers say imports from Australia could undercut them on price and undermine welfare standards.

The UK is the first non-founding country to apply to join the CPTPP and would be its second biggest economy after Japan, if negotiations succeed.

The free trade agreement aims to reduce trade tariffs - a form of border tax - between member countries and includes a promise to eliminate or reduce 95% of charges on traded goods.

In return, countries must cooperate on regulations, such as food standards. However, these standards and regulations do not have to be identical, and member countries can strike their own trade deals.

Liz Truss will start the (virtual) talks on Tuesday to join the 11-strong trans-Pacific trading club, and she'll do so from the very room where Winston Churchill oversaw the War effort. The aim is to showcase post-Brexit ambitions.

But it is more about strategy than scale. With deals already in place with eight of the CPTPP members, joining may add as little as 0.1% to the size of the UK economy, and it's not clear yet what the UK will have to concede to get the deal, nor how quickly it will happen.

The real boost will come if others sign up to this pact. So far, America under President Joe Biden hasn't expressed an interest to do so - nor, as the trade secretary admitted to me, has it set a date to resume talks on a UK-US bilateral deal, paused earlier this year.

As trading partners go, the US is twice as important to the UK as all the CPTPP nations put together.

Meanwhile, some economists have flagged up that trade with the EU may have been dampened to the tune of several billions of pounds by the new trading arrangements with that bloc, with fresh food particularly hard hit.