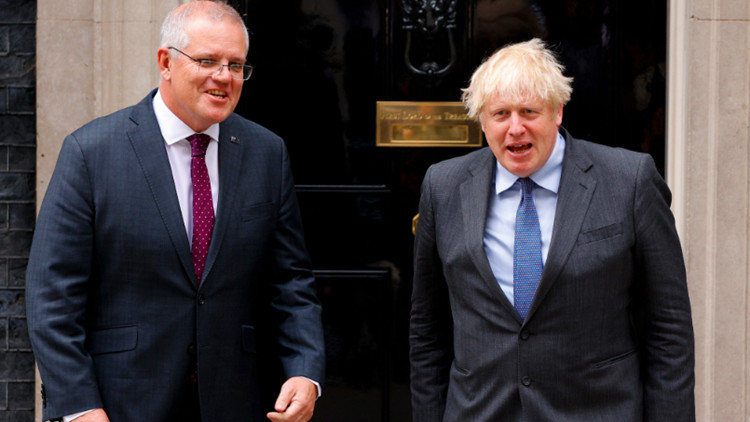 Britain announced Tuesday a major free trade agreement with Australia as London presses on with efforts to strike new deals with nations since leaving the European Union (EU).

"This is Global Britain at its best – looking outwards and striking deals that deepen our alliances and help ensure every part of the country builds back better from the pandemic," he added in a statement.

Foreign Secretary Dominic Raab said on Twitter that the deal is "an important stepping stone" in efforts to join a massive free trade zone in the Indo-Pacific region – the Comprehensive and Progressive Agreement for Trans-Pacific Partnership.

The UK government added that the deal eliminates tariffs on all British goods "in the first major trade deal negotiated from scratch" since the country left the EU.

A final "agreement in principle" will be published in the coming days, it added.

The UK-Australia trade relationship was worth 13.9 billion pounds ($19.4 billion) last year and is set to grow under the deal, the statement said.