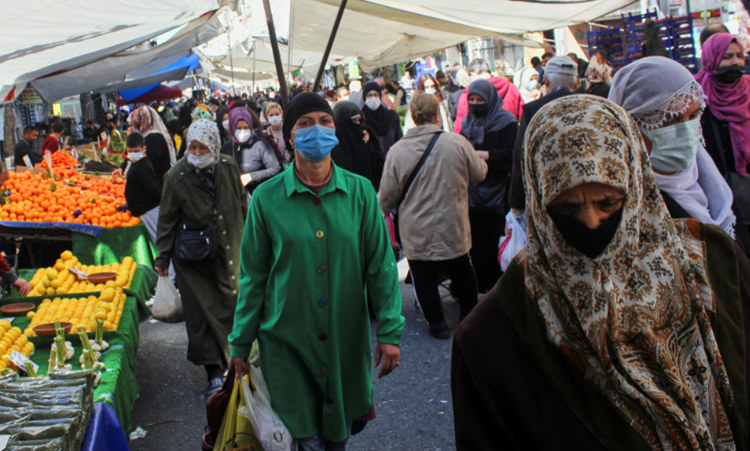 Turkey is going into a three-week full lockdown in the holy month of Ramadan, amid the strictest COVID-19 measures yet imposed in the country.

All but essential businesses will close, along with schools and inter-city public transport, while people will be obliged to stay at home.

What are the measures that have been announced?

From Thursday April 29 until May 17, over Ramadan and the three-day festival of Eid, citizens will be required to stay at home except to buy food and other essentials. Public transport will operate at half its passenger capacity, while travel between cities and urban areas is permitted only in exceptional circumstances. Restaurants will open for food deliveries.

However, businesses deemed to be carrying out core functions, including some manufacturers, agricultural producers, healthcare, supply and logistics companies, are exempt. Key workers, such as police, health professionals and parliamentary staff will also be allowed to travel, along with tourists, as museums, mosques and archaeological sites stay open.

What is Turkey's COVID-19 rate?

Turkey's total death toll stands at 38,711, with the highest number of daily fatalities, 362, reported last week. The nation ranks fourth globally in new daily infection rates on a per-head of population basis. It is set to pass Russia to rank fifth globally in the total number of COVID-19 cases.

Turkey has ordered a range of vaccines from international providers to meet demand. Deliveries include treatments from China's Sinovac and Germany's BioNTech. Turkey has also just ordered 50 million doses of Russia's Sputnik V treatment. So far, more than 12 million people have received their first jab, with 7 million people having received both doses.

Why is the government acting now?

While Turkey was praised for its initial COVID-19 response at the start of the outbreak in March 2020, earlier this year, in a policy change, the country was split into four "at risk" tiers. Previous curfew conditions were eased and infection rates began rising again, with cities including Istanbul and Ankara designated "very high-risk" areas.

The AKP government now says it aims to bring reported cases, which include new variants of the virus, down to below 5,000 a day. As other European countries begin to lift their restrictions, President Recep Tayyip Erdogan has said it is essential for Turkey "not to be left behind."

Alcohol sales soared before the lockdown

The AKP has banned all alcohol sales during a 17-day lockdown. It claims failure to do so will give an unfair advantage to supermarkets, which will be allowed to stay open for food shopping, ahead of smaller shops, which will close.

The ban has led to near record sales for retailers, with a last-minute rush to stock up on wine and beer by secular citizens. The hashtag #alkolumedokunma ("Don't touch my alcohol") was the top trending item on social media earlier this week.