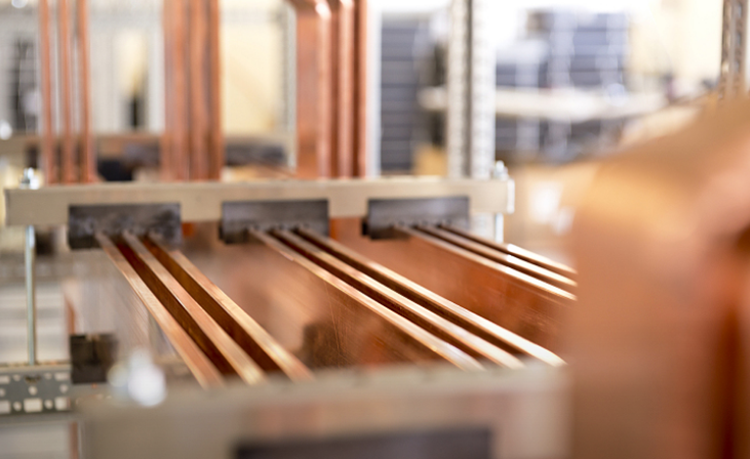 The metal mining industry, especially that of copper, has been on the verge of a new "supercycle," thanks to the economic recovery in major economies, particularly driven by the strong engine of China, a Luxenberg-based mining giant said.

Benedikt Sobotka, CEO of Eurasian Resources Group, told CGTN that the pandemic has in effect accelerated a few trends in various industries, some much faster than expected. For example, the shares of all automobiles have almost doubled within a year and will continue to grow, he said.

"We expect that by 2050, eight out of 10 cars worldwide will be electric," Sobotka said via video link. "The whole electrification, I'd like to call it the largest purchase order in history for the commodities industries."

The Purchasing Managers' Index of the U.S., EU, Japan, Korea, and India have started to rise. According to Sobotka, China's quick economic recovery is another important factor, as it has become the main engine of global economic growth and recovery after this global pandemic crisis.

China imported a record high of 6.68 million tonnes of copper and copper products in 2020, up a third from 2019, according to customs data.

China's strong economic recovery has supported the copper demand, leading to the bounce-back in the price of copper and other precious metals since its dramatic drop last year in April due to the COVID-19 pandemic. It has gradually climbed back since July last year, reaching a bull market in January and March this year, when coronavirus vaccines were released to the market.

Sobotka said most metals are denominated on paper by U.S. dollars, but the prices are ultimately driven by what is paid – Chinese yuan. So, on the whole, Sobotka said he's bullish on copper, as China's economy remains a strong momentum.

Concerning the global shortage of copper, Sobotka thinks it's natural to see an imbalanced global supply chain, as the supply chain normally responses much slower than expected.

Although industry insiders stress the growth of copper is a positive result of a global shift to a greener economy, others worry this heated copper market may lead to excessive exploitation of copper mines, further presenting hazards to the natural environment and contradicting the low-carbon promise of the green economy.