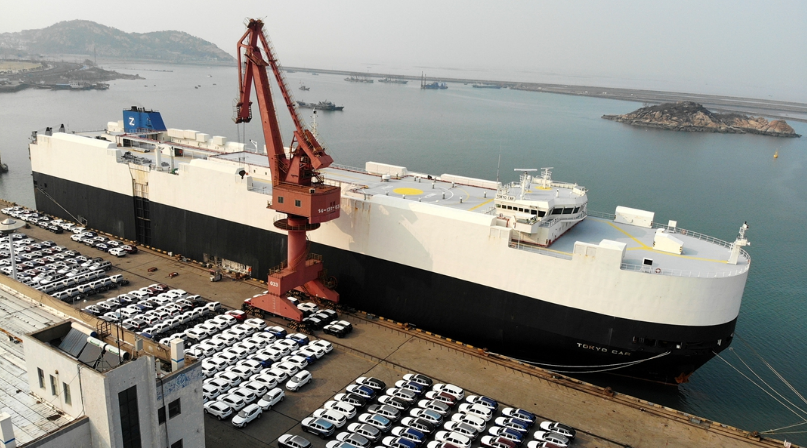 The investment bank said in a report that the $1.9 trillion stimulus package signed by the Biden administration should lead to a stronger U.S. and global recovery, which would in turn drive demand for Chinese exports.

China's exports in January and February soared by 60.6 percent to $468.9 billion and imports rose by 22.2 percent to $365.6 billion, data from country's customs authority showed.

Across major economies, China's shipments to the U.S. and the EU surged during the period, rising 87 percent and 63 percent respectively due to economic rebounds in these markets.

UBS expects China's exports to expand by 16 percent in 2021 in U.S. dollar terms, resulting from stronger U.S. and global growth, while the country's imports would rise 17 percent year on year. Both figures are higher than previous projections.

Domestic economic activity also rebounded sharply in January-February from the low base in early 2020. UBS expects China's growth in the first quarter to most likely exceed 19 percent, on top of last year's low base.

"Longer effective working days have contributed to the surge in industrial production," UBS chief China economist Wang Tao and others wrote in the report.

"We see domestic consumption rebounding 10 percent in real terms, which, together with stronger exports, should help support corporate capex (capital expenditures), even as infrastructure and property investment slow," the report said.

China has set its GDP growth rate at over 6 percent for 2021 as its economic recovery gathers steam. UBS warned that the biggest uncertainty comes from global pandemic control. New COVID variants or slower vaccination progress may slow the pace of global recovery, the bank cautioned.