U.S. stocks' further rally may pause as Fed's support could be missing for now 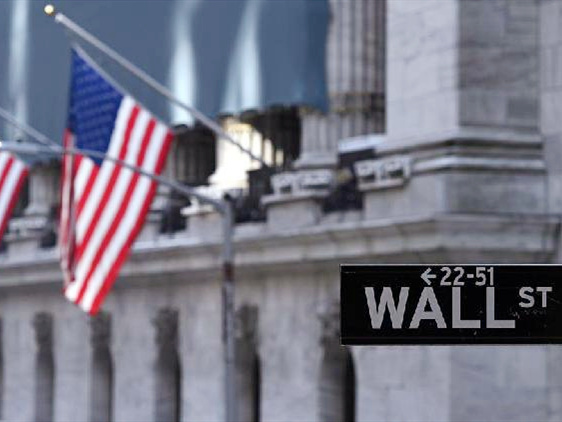 The Fed nearly did not express any concern on the recent overwhelming stocks market, and its chief Jerome Powell stressed that policy stance would lean towards boosting the growth outlook in its latest FOMC meeting. Fed's easy monetary policy was one of the major factors behind the equities' rally. However, traders may have to find other reasons to buy stocks for the next few months.

The Fed made it clear on its latest meeting that the central bank is nowhere near quitting the ultra-loose monetary stimulus and promised to keep purchasing the bonds until the economy achieved substantial further progress towards its goals, and it is unlikely to taper quantitative easing until the pandemic no longer poses considerable risk to the outlooks for economic activity, employment and inflation.

Such a statement alone shows that the Fed will continue pledging to support the economy by keeping the current stimulus size, but small investors have been convinced that this stimulus package would be sufficient to help the economy to reach the Fed's goal.

The Fed's first policy meeting in 2021 failed to arrest the deteriorating sentiment in the stocks market. Major U.S. benchmark equity indices all declined over 2 percent at closing on that day. When stocks hovered around historical levels, traders started gauging whether the stock prices are justified in existing fundamentals. The Fed maintains that the current recovery is far from enough to lift the U.S. economy to its potential growth levels, but it did not offer clues on any new stimulus framework.

Confirmed coronavirus cases in the U.S. continue accelerating since early November when its retail sales started declining. Over 70 percent of the U.S. economy consists of personal consumption, so the acceleration of virus infections poses significant risks to economic activities.

Some data shows that some market participants have been over complacent on the growth recovery. Citi U.S. economic surprise index has been forming a one-way downtrend since August last year, and falling numbers mean the actual economic data has been consistently missing the analysts' forecasts.

Rally in the U.S. stocks since November has been largely driven by hopes of a fiscal stimulus package. After Biden's $1.9 trillion stimulus package was proposed, traders did not cheer much on the plan because they doubted its feasibility. Under such a backdrop, traders may not feel comfortable enough to continue chasing the stocks' rally if there is no hint of a fresh monetary stimulus.

Price actions in the bonds market reflect the traders' disappointment as well. The yield difference between the U.S. 3-months and 10-year government bonds dropped by 3bps after the Fed's meeting. The longer-tenor bond yield usually reflects the traders' growth outlook, while the shorter one expresses investors' rates outlook.

Having that said, a more flattening curve may mean existing monetary measures are not sufficient to boost the economic outlook in bond traders' opinions. It may require the Fed to take new action if the yield curve continues to flatten, as it did in 2019 when U.S-China trade tension escalated that caused the inverted yield curve in U.S. government bonds.

Hence, investors may have to accept the reality that the U.S. central bank has to hold the fire before macroeconomic conditions take a further turn to the worse. A substantial deterioration in growth activities is likely to cause the stock market to fall first before the next round of recovery. For now, reasons to continue to purchase the expensive U.S. stocks are slightly missing.