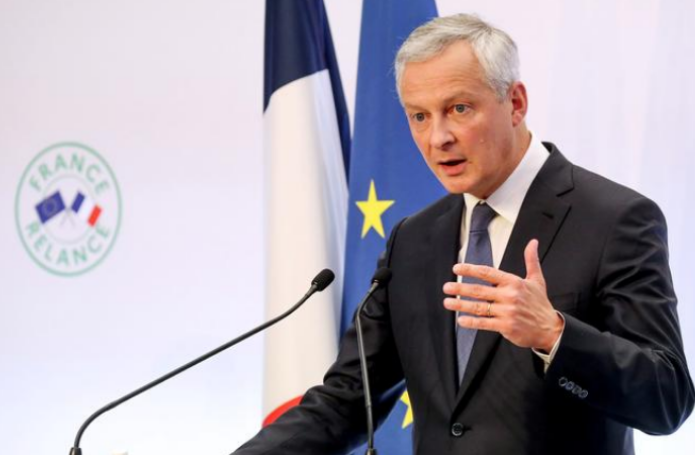 The 137 countries in the OECD wealthy nations' club failed to reach agreement on the thorny tax deal in October, largely due to resistance from the Trump administration, but France now hopes for "an international deal by the end of the first half of the year," the ministry said.

The U.S. Treasury, in a statement, said Yellen had emphasized the shared priorities, "including ending the pandemic, supporting a strong global economic recovery, fighting income inequality, and forcefully addressing the threat of climate change."

Yellen "committed to re-engage actively in the ongoing OECD discussions on international taxation to forge a timely international accord," the statement added.

France faced threats of punitive tariffs from former President Donald Trump for forging ahead with its own digital tax pending a new global levy.

Le Maire and Yellen also discussed "the need to reduce trade tensions with a negative impact on growth, especially between the U.S. and Europe."

Trump in 2020 imposed 25-percent tariffs on wine, cheese, olives and other European delicacies in a battle over subsidies to planemaker Airbus.

The EU responded with its own round of tariffs on imports of some farm produce, including wheat and tobacco plus strong alcohol and chocolate, after the World Trade Organization faulted Washington over state aid for Boeing.

Both sides have said they would prefer a negotiated settlement but have followed through on implementing the tariffs, despite hopes for better ties under Biden.

Le Maire had "placed particular emphasis on the very punishing nature of the sanctions for French wine-growers," the ministry said, adding that he would visit Washington "as soon as health conditions allow."

The U.S. Treasury statement said Yellen had also discussed "the importance of cooperating closely to advance bilateral and multilateral economic issues and to deepen the U.S.-France and transatlantic partnerships."