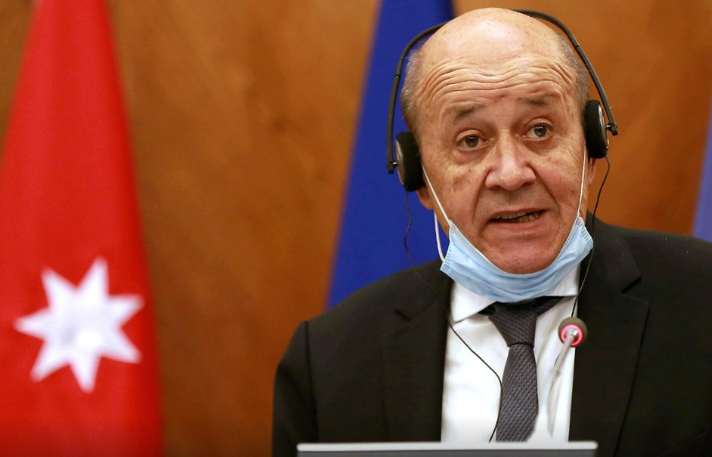 The European Union and the U.S. should "pause" a long-running tariff disagreement to allow the issue to be resolved, France's foreign minister suggested Sunday.

A 16-year spat over aircraft subsidies has turned increasingly sour under the Donald Trump administration, expanding to other products and sectors, and France's suggestion comes ahead of President-elect Joe Biden's inauguration in the coming week.

"The issue that poisons everyone is that of the price increases and taxes on steel, digital technology, Airbus and particularly our wine sector," said Foreign Minister Jean-Yves Le Drian in an interview with the Journal du Dimanche.

"If we could quickly find a method to settle this dispute with Europe and France, that would be a step forward," he said. "It may take time but, in the meantime, we can always order a pause."

At the end of the year, Washington announced new tariffs on aircraft parts, wine, cognac and brandies from France and Germany, adding to a long list of EU products subject to 25 percent duties since 2019.

The U.S. said the move was in retaliation for tariffs the EU imposed in November, which it considers unjustified and calculated unfairly.

The latest tariffs go into effect some days after the end of Trump's term.