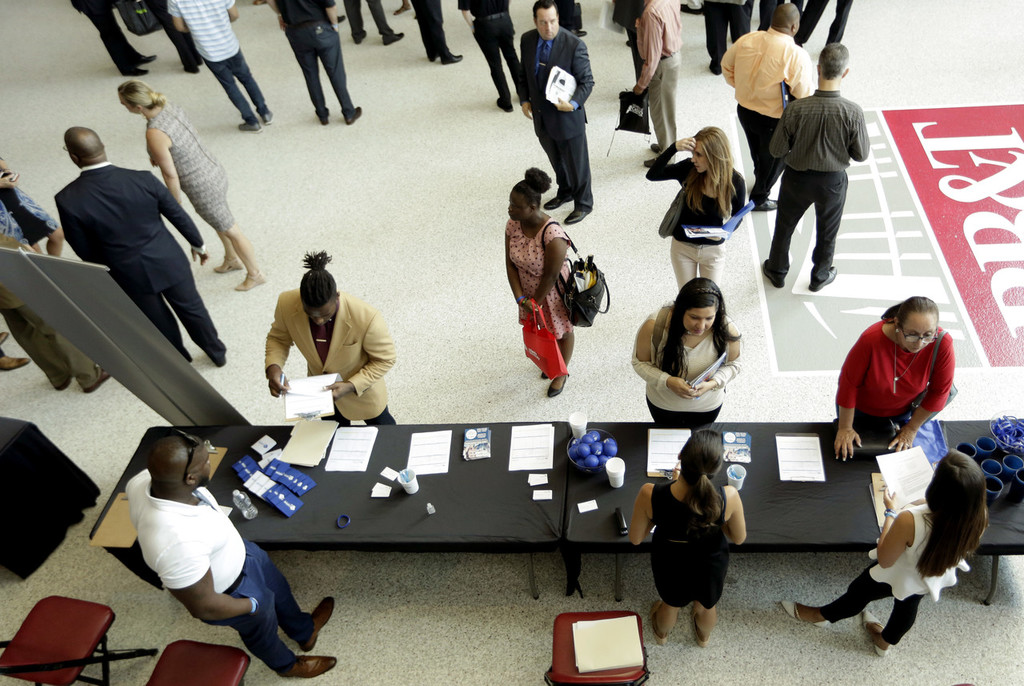 The US economy added 67,000 jobs in November, a sharp decline from October's 121,000 new jobs and the smallest gain since May when employers hired 27,000 workers, the ADP Research Institute and Moody's Analytics reported on Wednesday.

Economists polled by The Wall Street Journal had expected the economy to add 150,000 jobs.

"The job market is losing its shine," Mark Zandi, chief economist at Moody's Analytics in New York, said in a statement. "Manufacturers, commodity producers, and retailers are shedding jobs. Job openings are declining, and if job growth slows any further, unemployment will increase."

In a conference call with reporters, Zandi said the continuing trade dispute between the United States and China has hurt the economy and eroded job growth.

"The slowdown is more significant than I would have thought, and I do think that goes to the trade war," he told reporters. "The trade war is doing damage to the economy and the jobs market."

The ADP Research Institute's monthly job report is based on anonymous payroll data drawn from 411,000 US private sector clients of ADP, the payroll processor for about 24 million workers.

Economists use the figures from ADP to get a sense of how many new jobs the US Labor Department employment report is likely to show a few days later.

According to US government statistics, there are about 6 million private employers in the nation employing 107.8 million people, so ADP's report provides a snapshot.

On Friday, the Labor Department will release its November jobs report. Analysts forecast the addition of 187,000 jobs, including the return of about 48,000 striking General Motors Co. workers and others affected by their six-week walkout.

"In November, the labor market showed signs of slowing," Ahu Yildirmaz, vice-president of ADP Research Institute, said in a statement. "The goods producers still struggle, whereas the service providers remained in positive territory driven by healthcare and professional services. Job creation slowed across all company sizes. However, the pattern remained largely the same as small companies continued to face more pressure than their larger competitors."

The natural resource production, construction and manufacturing sectors lost 6,000 jobs each. In the service sector, transportation and utilities shed 15,000 jobs, the largest loss of any sector, ADP added.