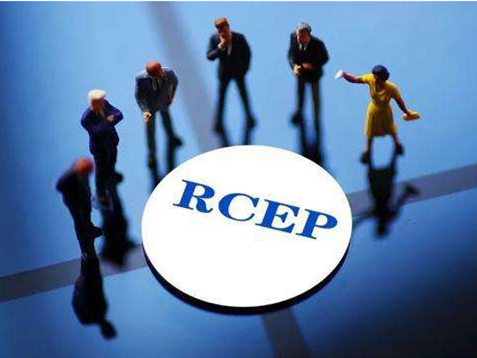 After a drawn-out slog of eight years, the long-awaited Regional Comprehensive Economic Partnership (RCEP), the world's biggest free trade pact measured in terms of GDP was sealed by 15 Asia-Pacific nations on November 15.

It covers nearly a third of the world's population and about 30 percent of global GDP. It also includes free trade agreements between China and Japan, Japan and South Korea, which significantly upgrade free trade in the region.

As the world's second and third largest economies, China and Japan reducing tariffs and beefing up economic and trade partnerships are highlights in the agreement.

China's Ministry of Finance called the agreement between China and Japan a historic breakthrough, while the Ministry of Commerce stated that this is the first time that China has inked a free trade agreement with the world's top 10 economies.

With new business ties shaping up through RCEP, the country's trade coverage with free trade partners is poised to climb from the current 27 percent to 35 percent.

According to the Japanese side, the proportion of Japanese products that China will eventually exempt tariffs is set to skyrocket from 8 percent to a staggering 86 percent, while Japan's duty-free ratio for Chinese products will also reach the same level.

On November 15, the Ministry of Foreign Affairs of Japan published on its website the text of the RCEP agreement and the annex to the tariff reduction rules, which spells out in detail the tariff concession rules for a slew of commodities.

In the field of agriculture, forestry and fishery products, China's tariffs on sake, whiskey, scallops, rice crackers, self-heated rice and other products imported from Japan will be reduced to zero over a period of time. At the same time, tariffs on Japan's imports of rice wine, matsutake and other products from China will also be gradually canceled.

Currently, China levies a 40 percent tariff rate on sake and 10 percent on whiskey. As Japanese cuisine gains incremental popularity in China, the second largest economy's imports of Japanese alcohol have been on a steep rise over the years.

According to the data released by the Japan External Trade Organization in 2018, sake exports to China soared from 250 million yen in 2007 to 2.66 billion yen in 2017. Meanwhile, Japanese whiskey has been a regular visitor to loads of international award ceremonies and is highly sought after by Chinese consumers.

According to the agreement, the tax rate for sake will be lowered on a yearly basis and eventually eliminated in the 21st year, while taxes on whiskeys will fall by 0.9 percent each year, before reaching zero on the 11th year. Existing tariff on rice wine imports from Japan is currently 42.4 yen (about 2.67 yuan) per liter and will be cut back year on year and removed on the 21st year.

Consumers can also have a finger in the pie if tariffs are cut in stages and retail prices are thinned out to a certain extent, according to the Nikkei Asia.

Allowing for the need to protect Japanese farmers, the island country has yet to list the five consequential products of rice, wheat, beef and pork, dairy products and sugar crops as targets for tariff reduction.

Among them, exports to Japan settled at 809.17 billion yuan, staying flat with the year-earlier period, while imports from Japan stood at 986.7 billion yuan with a lift of 2.7 percent.

Auto parts are another highlight in China's tariff concessions for industrial products, as about 87 percent of Japan's auto parts exports to China are on the list.

At the current stage, Japanese auto behemoths like Toyota, Honda, and Nissan have placed the Chinese market front and center in their business layout, especially as the undertow of the COVID-19 pandemic still weighs on their growth outlook.

The revocation of tariffs on auto parts is undoubtedly a great upside for Japanese carmakers, both to price cuts and supply chain building in the region.

It's also good news for steel plate exporters. The Japanese steel industry currently supplies China with hot-rolled steel sheets for auto production. The tariffs on multiple hot-rolled steel plates will be gradually removed from the current 3 to 6 percent.

Also included in the list are some household products: ovens, microwave ovens, some air conditioners and washing machines, most household refrigerators and household direct current generators, and camera-related products.

In addition, China will immediately, or in phases, exempt other Japanese industrial products from tariffs. In one example, plastic extrusion granulators, elevator parts, and bulldozers falling under household appliances and machinery categories; nickel, some alloys, most hot rolled steel plates, stainless steel ingots and semi-finished products.

Clothing products that originally faced Japan's tariffs of 4.4 percent-13.4 percent will be gradually removed under the RCEP and will drop to zero in the 11th and 16th year respectively.

To bring RCEP into effect entails gaining approval from at least nine out of the 15 member states. The quorum must include six ASEAN member states and at least three of the following countries: China, Japan, South Korea, Australia and New Zealand, according to Wang Shouwen, China's Vice Minister of Commerce and Deputy China International Trade Representative.

"RCEP members are poised to perform their own domestic procedures and strive to practice the agreement at an early stage. China will also work with all parties to make the RCEP agreement benefit businesses and people in the region as soon as possible," the senior official said.