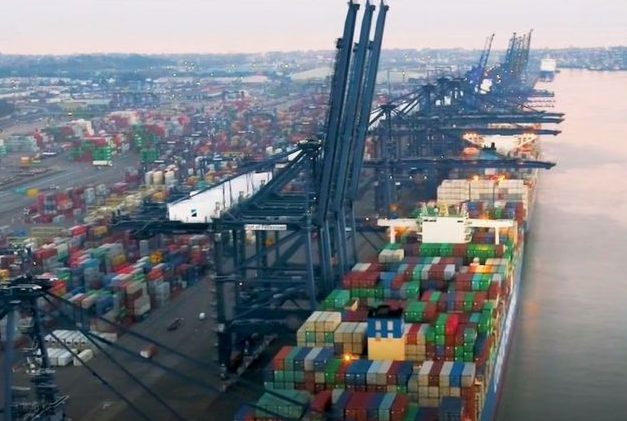 Two East Coast ports have launched a joint bid to become one of the UK's 10 freeports post-Brexit.

The Port of Felixstowe in Suffolk and Harwich International in Essex have joined forces as Freeport East.

The government's Freeports initiative will allow firms to import goods and then re-export them outside normal tax and customs rules.

Bidders are expected to provide evidence of how they would help the government reach its carbon targets by 2050.

Clemence Cheng of Hutchison Ports said: "Together with the leading edge technical skills that come with the partnership with universities, including the University of Cambridge, this combination can serve as a powerful magnet to bring new investment into the UK and, in particular, to the area."

Paul Davey from the Port of Felixstowe said: "The investments that come in will help generate the local economy more widely than just the ports."

The Port of Felixstowe is the UK's largest container port, accounting for more than 40% of container imports to and exports from the UK.

Harwich International Port is a major ferry terminal with twice-daily services to the Netherlands and a dedicated passenger rail station with services to London.

Harwich is also the operations and maintenance base for the Galloper wind farm, part of the Suffolk and north Essex Energy Coast.