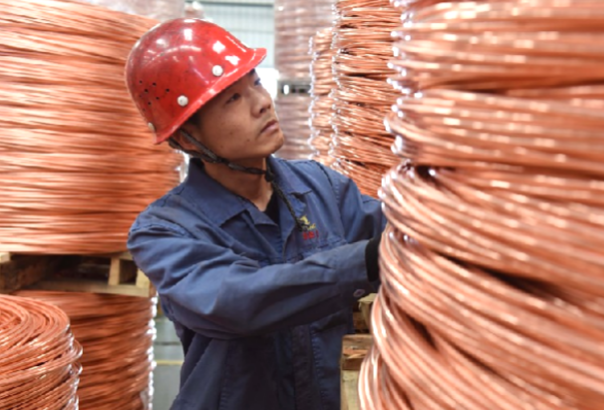 The copper price reached $7,000 per tonne on Wednesday, its highest price since June 2018, on China's burgeoning demand for the industrial metal as the country's economy recovers from a pandemic-induced slowdown.

Thanks to resurgent sales in China, the value of copper has risen by 12 percent this year, The Times reported Monday.

China is the world's largest consumer of raw materials. Analysts believe China's copper demand will continue to grow in the coming years as the country invests vast amounts of money in new infrastructure projects, including green energy projects and electrical grids. The country is also pushing electric cars in an effort to reduce carbon emission. All the above require large amounts of copper products.

China previously set targets to be carbon-neutral by 2060, which analysts expect to lead to even more renewable energy projects, and thus more copper.

The stronger yuan is further fueling demand in China. This month, the currency has been at its highest against the dollar since April 2019, making copper more affordable for Chinese buyers.