UK 'would be mad' not to build Chinese trade relationship 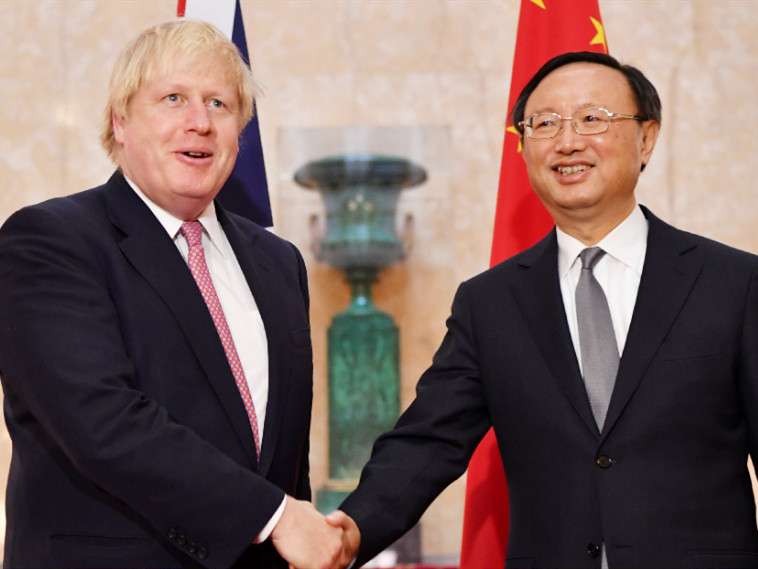 The UK government has been urged to prioritize building a trade relationship with China as it prepares to leave the EU on December 31.

Prime Minister Boris Johnson has spent the past nine months negotiating a trade deal with the EU but is facing the serious prospect of leaving the bloc without one.

That will put more pressure on the UK to secure deals with other countries and China could prove to be a key market for UK businesses.

Speaking at the Confederation of British Industry's International Trade Conference on Tuesday, Sherard Cowper-Coles, the head of Public Affairs HSBC Holdings, talked up the prospect of working with China.

"Post-Brexit, Britain will have three large economic partners: the EU, where there'll be more friction in the relationship; the U.S; and then the third largest by far, and the one with the biggest upside by far again will be China," he said.

"It's a huge relationship for both sides and we would be completely mad to decouple ourselves from the potential of China in the post-COVID, post-Brexit world."

A host of UK industries could benefit from Chinese custom. The aviation sector already has close ties with China and that relationship is likely to tighten after Brexit.

Patrick Horgan, director of global government relations for Rolls-Royce, added: "The fact is that China takes close to 25 percent of Boeing and Airbus's global production and therefore clearly is an extremely important market now and into the future."

UK businesses are also being encouraged to seek out untapped markets in China where they can sell their products to millions of people.

"We have a huge tech hub here in Guangdong," said Jo Hawley, British Consul-General for Guangdong and South China.

"But [we also have] that burgeoning middle class in China and the amount of consumer goods and really a huge market and we see more and more UK companies coming in to tap into that market."