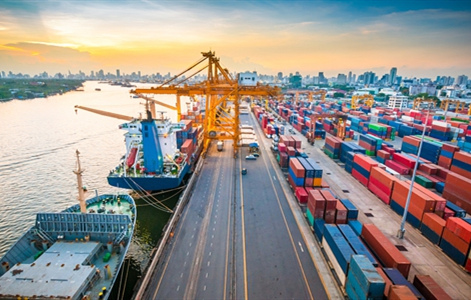 China extended tariff exclusions for US imports that are subject to China's counter measures against the US Section 301 action by an additional year from Wednesday, the due date, to September 16, 2021.

According to a Tuesday statement from the Customs Tariff Commission of the State Council, China's cabinet, 16 products from the US including lubricants and fish meal for feed are under the extended tariffs exemption.

Imports from the US previously faced additional tariffs in retaliation for the US' Section 301 investigation covering Chinese imports.

"China's move is a reciprocal gesture toward the US," said Gao Lingyun, an expert at the Chinese Academy of Social Sciences in Beijing who closely follows the China-US trade friction.

In August, the US government extended China tariff exclusions for a wide range of goods, including smart watches and certain medical masks, through the end of 2020, rather than one-year extension mainly due to the upcoming US presidential election and following power transfer taking place in January.

"The exemption extension by China will benefit Chinese importers, US exporters as well as the downstream manufacturers," Gao told the Global Times on Tuesday.

Since September 2019, China has issued several exemption lists for US goods subject to China's retaliatory tariffs.

The coordinated moves aimed at easing pressure on specific industries and companies in both countries showed that regardless of the souring China-US ties in a wide range of areas, both sides, having an interdependent trade relationship, are committed to the hard-won phase-one trade agreement, experts said.

In the latest sales activity, Chinese firms bought 664,000 tons of US soybeans, the US Department of Agriculture (USDA) said last week. That was the largest daily purchase since July 22, Reuters reported.

Additionally, China made a purchase of 101,600 tons of US corn, the USDA said.