Categories exempted from $200 billion round of China tariffs

WASHINGTON – Two categories of furniture have been exempted from China tariffs – for the time being – according to recently released government documents.

In mid to late December, the office of the U.S. Trade Representative released two lists of products that have been exempted from the estimated $200 billion in products that includes most furniture. 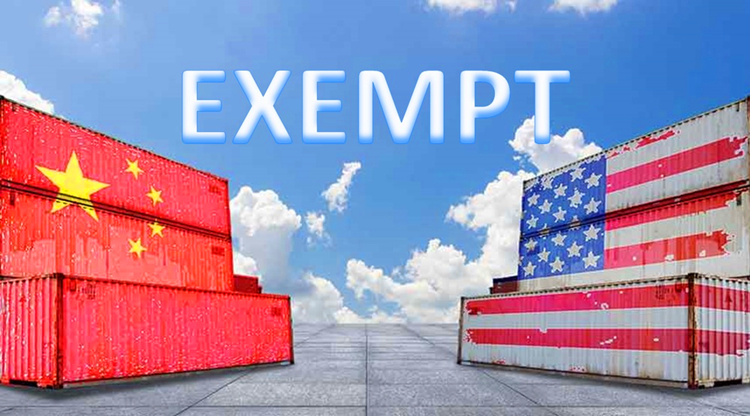 Among the items exempted are wooden-frame, upholstered dining chairs other than those made of teak (9401.61.4011) and entry tables of wood other than bent-wood each measuring up to 185 centimeters in length (9403.60.8081). In addition, parts of chairs of unfinished plywood, including bodies, legs and arms (9401.90.4080) also have been exempted.

These goods originally were subject to 10% tariffs that went into effect in September 2018, which later increased to 25% this past spring.

These furniture categories were among the 44 product categories for which the USTR listed exclusions in the Federal Register on Dec. 17. Products ranged from freeze-dried fruit and gates for confining children or pets to table lamps and satin woven fabrics of filament yarn. The chair parts category appeared in a listing of exempted products published Dec. 31.

In deciding these exclusions, the USTR considered a multitude of public comments received from individuals and companies along with advisory committees starting around last June.