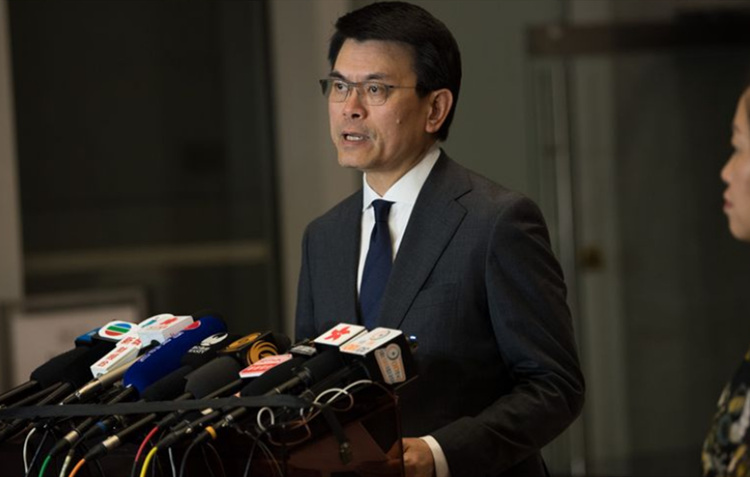 Exporters sending goods made in Hong Kong to the United States will be granted a 45-day transition period till November 9 for changing labels to "Made in China," Hong Kong authorities said on Monday.

According to a U.S. government notice posted two weeks ago, goods made in Hong Kong for export to the United States will need to be labelled as "Made in China" after September 25.

Edward Yau, secretary for commerce and economic development of the Hong Kong Special Administrative Region (HKSAR) government, once again criticized the U.S. for its unfair and barbaric actions in introducing relevant measures, indicating that if the other party violates the regulations of the World Trade Organization (WTO), the HKSAR government will definitely argue on stronger grounds.

The HKSAR government has also stated that apart from the fact that the rule may not comply with WTO regulations, it is not to the benefits of consumers. It will also cause confusion and harm the interests of all parties, including the United States itself.

A spokesperson for the HKSAR government earlier said that the HKSAR enjoys the unique status as a separate customs territory under the "One Country, Two Systems" principle. It is granted in accordance with China's Constitution and the Basic Law of the HKSAR, and recognized by multilateral organizations such as the WTO. It cannot be granted or revoked by individual countries.

The move follows China's imposition of a national security law for the HKSAR and a U.S. decision to end the former British colony's special status under U.S. law, escalating bilateral tensions that were already rising over trade war tariffs and the handling of the coronavirus outbreak.

The latest step will see Hong Kong companies subject to the same trade war tariffs levied on Chinese mainland exporters, should they make products subject to these duties, said the U.S. Customs and Border Protection notice.