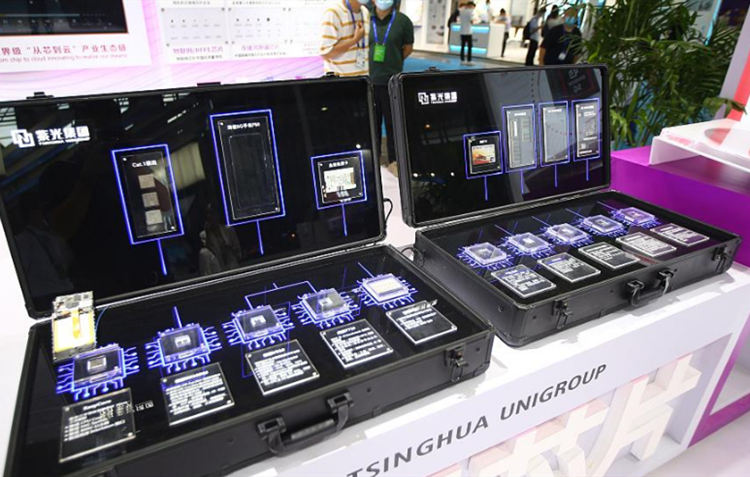 Too much dependence on a business model that separates chip design, manufacturing and packaging process may hurt China's semiconductor sector in a long run, an industry expert al said at the World Semiconductor Conference that opened in Nanjing, east China's Jiangsu Province on Wednesday.

As the world largest chip importer, China has bought hundreds of billions of dollars worth of chips overseas since 2013. But the industry still relies heavily on foreign high-end chip products, said Wei Shaojun, vice-chairman of the China Semiconductor Industry Association.

If the Chinese industry cannot get rid of the current business model, it will be very hard for it to catch up with its competitors, he added.

Wei's words came amid the growing suppression from the U.S. government on China's chip development. Earlier this month, the White House, in the name of national security threat, expanded curbs on China's chip firm Huawei.

The policy banned suppliers from selling chips with U.S. technologies to the Chinese firm without their permission, which, according to some industry analysts, is obviously designed to choke Huawei's access to some cutting-edge chips and disrupt global supply chain.

Business models of the semiconductor sector

Generally, chip-making of semiconductor business is made up of three technological processes -- designing, manufacturing and assembling, or packaging.

Companies like Intel, Samsung, and TI are the very few players in the global semiconductor arena that have the capability to use this business model. These under-one-roof companies are called Integrated Device Manufacturers (IDMs).

Chip-making is a high-cost and high return business that needs millions of billions dollars of up-front investment. A new model touting to specialize in one specific area is a popular and cost-effective option for many companies who want to share a piece of cake of the lucrative industry.

Companies then began to split the process based on different functions. For example, companies focusing on the manufacturing business are known as foundries, while fabless are those who mainly work on the design part, and outsource their production to foundries.