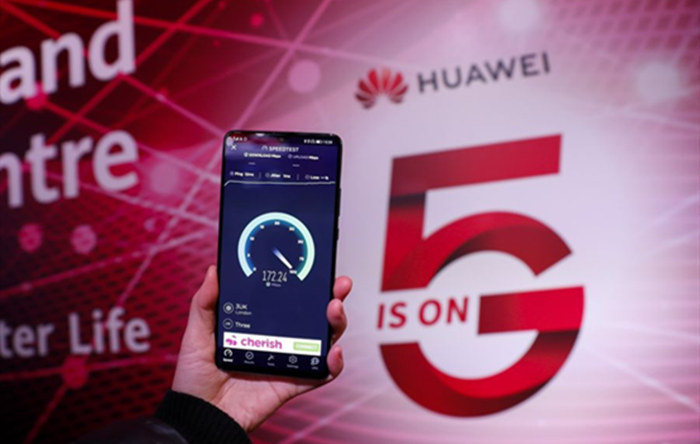 Russia has expressed interest in cooperating with China and Huawei Technologies Co on 5G technologies, Russian news agency TASS reported, amid intense US efforts to contain the Chinese telecom giant.

Russian Foreign Minister Sergei Lavrov said at the All-Russian Youth Educational Forum Territory of Meanings: "We will definitely not follow the example of the US, who simply demand that everyone not cooperate on 5G with China, in particular with Huawei.

"On the contrary, we are interested in interacting with countries in order to jointly create modern technologies and implement them in daily life," he said, according to a report on Sunday from TASS.

Last June, Russia's top mobile phone operator MTS also signed an agreement with Huawei to develop 5G technology in the country and to hold test launches in 2019 and 2020.

During the first quarter of this year, Huawei held its position as the world's largest telecom gear maker, with a market share of 35.7 percent, followed by Ericsson and Nokia, according to market research company Dell'Oro.

From April to June of this year, Huawei shipped more smartphones worldwide than any other vendor for the first time, marking the first quarter in nine years that a company other than Samsung or Apple has led the market, according to data from the market research company Canalys.

All the achievements came despite the US government's string of bans on the Chinese company, which showcased Huawei's resilience and technological competence, analysts said.

The latest comments from Russia follow several countries' stance that they would not ban Huawei in their 5G rollout plans, despite the US government's efforts to persuade them to do so.

Philippe de Backer, federal minister for telecom in Belgium, said in July that Huawei will not be banned from Belgium's 5G networks, according to reports from The Brussels Times.

Deutsche Telekom, Europe's largest telecom carrier, also said in a statement last month that it is committed to a multivendor strategy and that it buys from a large number of manufacturers, including Huawei.

Earlier this month, Washington issued new rules to expand restrictions on Huawei by limiting its access to components produced by non-US companies using US technology. It also added another 38 Huawei affiliates to its economic blacklist.

"This adds to a grave challenge for Huawei. But given time, the Chinese tech company can find a way to turn around," Xiang said.