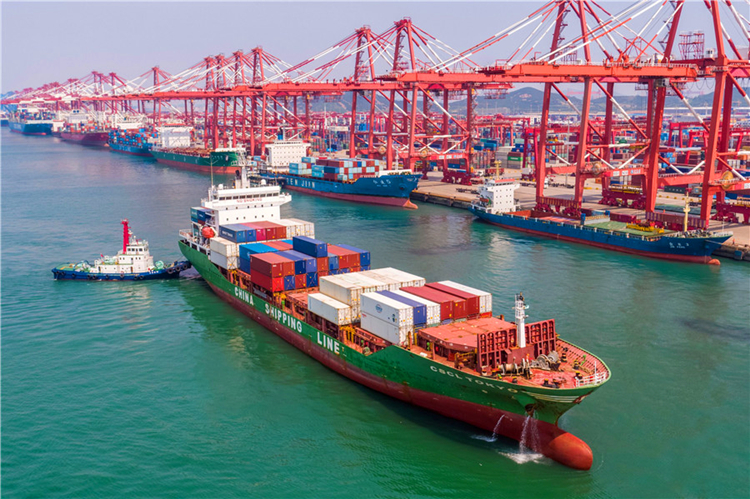 China is likely to publish the draft of the country's first tariff law for public opinion in the near term, experts close to the Ministry of Finance told China Daily on Wednesday, a further indication that the country is speeding up the tax legislation process.

"Work on publishing of the draft tariff law is likely to be pushed in the near term. And we expect a breakthrough in tariff legislation next year," said Li Xuhong, a senior researcher with the Beijing National Accounting Institute and a consultant to the State Taxation Administration, which is tasked with drafting tax laws.

The tariff law is a significant legislative work for China next year as it is closely related to the international trade and economic opening-up, Li told China Daily.

Shi Zhengwen, director of the Center for Research in Fiscal and Tax Law at China University of Political Science and Law, said earlier that the tariff legislation process will be accelerated, as the country is planning to complete the entire process by the end of next year.

In the upcoming tariff law, experts said, the existing tax framework and overall tax burden level will remain unchanged so as to stabilize market expectations, amid a complex and uncertain external environment.

During the first 11 months of this year, total tariffs reached 263.8 trillion yuan ($37.7 trillion), down by 2.2 percent from a year earlier, according to data from the Ministry of Finance.

The government decided on Monday to lower tariffs on a broad range of imported goods, including frozen pork and high-tech products, to satisfy domestic consumption and reduce production costs, starting Jan 1.

Temporary tariff rates, which are set for a specified period, will be applied to 859 items. Designated items will enjoy import tariffs that are lower than the existing most-favored-nation rates in 2020.

The tax legislation process needs to be in coordination with the overall tax and fee reduction plan so as to improve the efficiency of the macroeconomic policies to support economic growth and guarantee tax levy increases, said Li.

China's largest tax contributor－the value-added tax (VAT), is currently ready for the legislation process. A draft VAT law was released by the Ministry of Finance for public opinion on Nov 27.

PwC China National Indirect Tax Leader Robert Li said: "Considering the tax reduction trend in the last couple of years and the guidance of the State Council on simplifying the VAT rate brackets from three to two, it is important to monitor closely whether adjustment and simplification of VAT rate brackets will be included in the final draft VAT Law to be submitted to the National People's Congress for review and discussions."

The finance ministry also released the draft of the consumption tax law last month for public opinion, which seeks to reduce the frequency of tax payments for the convenience of taxpayers.

Finance Minister Liu Kun submitted the drafts of the two tax laws to the ongoing bimonthly session of the Standing Committee of the NPC for review on Monday.

In the draft laws for deed tax and urban maintenance and construction tax, the existing tax rates will remain unchanged, and their current tax administration framework and overall tax burden level will remain stable, said Liu.