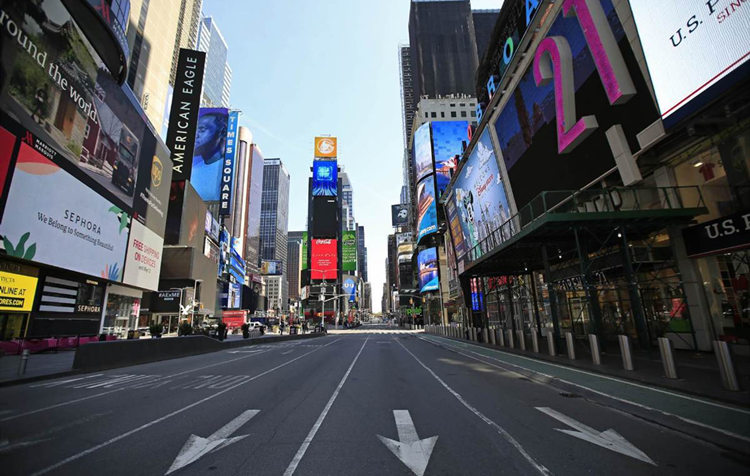 Chinese enterprises in the United States are generally committed to the country's market, despite strained bilateral relations and an increasingly hostile business environment, according to a survey published on Wednesday.

The report, released by the China General Chamber of Commerce, reflects the sentiment of senior executives at more than 1,000 US-based Chinese companies.

The survey was conducted in February and March, before the onset of the coronavirus pandemic and the deterioration of China-US relations.

The report was released just days before Chinese Vice-Premier Liu He and US Trade Representative Robert Lighthizer are reportedly scheduled to meet on Saturday to review the implementation of the phase one trade deal that took effect on Feb 15.

The trade war and the subsequent punitive tariffs from both sides resulted in a decline of bilateral trade flows in the first three quarters of 2019, with US imports from China falling by 13 percent.

The trade dispute has also had an adverse impact on business operations, with more than 78 percent of Chinese companies reporting they were negatively affected by the decline in trade relations in 2019.

Sixty-five percent of respondents either already had experienced an impact on their business relationship with US partners and/or clients or expected long-term implications.

The effects on operations the companies cited included a decrease in price competitiveness in the US market due to tariffs on products (41 percent) and difficulty in obtaining work visas for cross-border personnel exchanges (40 percent).

As a result of those challenges, 30 percent of companies planned to delay or cancel future investments in the US. Forty-four percent intend to increase investment in other regions, such as in other Asian countries or in Europe.

The survey also cited cultural differences and unfamiliarity with laws as top challenges for Chinese companies in the US.

However, the increasingly complex China-US relations remain the top reason for concern and uncertainty. The current US national strategy toward China labeled it a "strategic competitor", the survey noted.

"As the US-China relationship is changing in fundamental ways, companies generally hold conservative views on its future directions. Many of the essential ideas that once guided the relationship are being called into question, such as engagement, cooperation and convergence," it added.

When asked about the forecast for US-China relations in 2020, 37 percent of respondents expect it to remain the same, up from 29 percent last year.

The US remains a key investment target for Chinese companies, with 51 percent indicating that it is among their top three priorities. Their motivation for entering the US market is a desire to fully engage in the global economy, according to the research.

Despite the souring of China-US trade relations, 95 percent of respondents said they had no plan to withdraw their headquarters from the US, and 70 percent indicated they had no intention to hold off on investments in the US.

Reports of declining China-US relations have not dampened the outlook of Chinese companies.

Nearly half of respondents said they intend to increase hiring in the next two years, while only 4 percent anticipated cutting staff.

"Business communities in both countries understand the mutually beneficial and mutually dependent nature of US-China economic relations," said Tan Xu, vice-chairman of the China General Chamber of Commerce and president of China Telecom Americas, during a webinar on Wednesday to launch the report.

"In a year marked by uncertainties and tumult, this survey demonstrates how much we value our relationship with American consumers, the labor force and communities," he added.

Chinese member companies invested more than $123 billion in the US economy, according to the CGCC. They employ more than 220,000 people, and indirectly support more than 1 million jobs in the US labor market.

Craig Allen, president of the US-China Business Council, and William Zarit, chairman of the American Chamber of Commerce in China, said that the CGCC's results mirrored similar research conducted by their organizations.

Zarit said that the issues both countries' companies face in each other's countries are broadly similar, citing rising tensions in the bilateral relationship, unclear laws and difficulty with regulatory compliance as the top concerns faced by US companies in China.