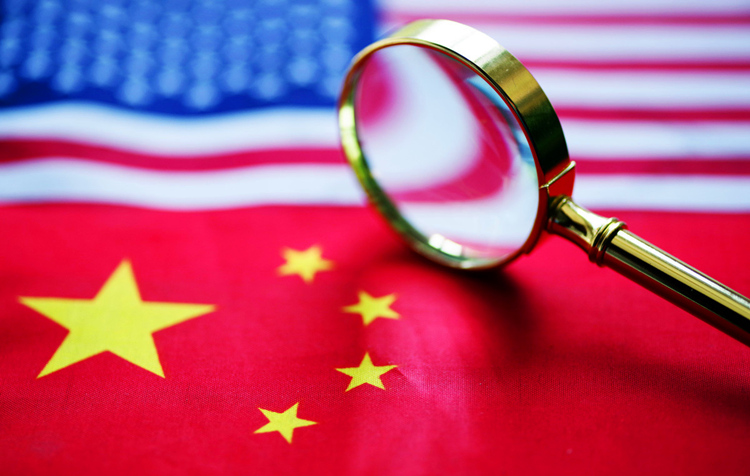 The US National Retail Federation said it is a "good signal" that Washington and Beijing have reached a phase one trade deal, which holds off a planned tariff increase on billions of dollars of Chinese imports.

The Trump administration has agreed to delay a plan to impose tariffs on about $160 billion in Chinese-made consumer goods that include laptops, smartphones, certain items of toys, footwear and clothing. It also cut in half the tariffs imposed in September on another $112 billion, to 7.5 percent.

"This is a good signal. What I'm going to wait and see is how it all kind of transpires," Jack Kleinhenz, the chief economist for the National Retail Federation, said at a briefing on Tuesday.

"The delay in the recent tariff imposition is great for the consumers and good for retailers, but we still have a far piece to go," Kleinhenz said in answering a China Daily question regarding the phase one agreement announced last Friday.

As the largest private-sector employer in the US, the retail industry, which contributes $2.6 trillion to the annual GDP and supports 1 in 4 US jobs — 42 million working Americans, is a daily barometer for the economy, according to Jonathan Gold, the vice-president for NRF's Supply Chain and Customs Policy.

"We haven't removed tariffs on goods; we just have delayed or deferred not having an additional one," Kleinhenz said. "So we're still in a position where we have to face the fact that it is a tax, and ultimately, consumers will have to deal with it in their wallets."

Under phase one, the 25 percent import taxes on $250 billion in Chinese goods that started last year have remained intact.

The economist noted that to a degree, large US firms can absorb some tariff increases put in place in 2019 by pushing back on suppliers or absorbing some costs and reducing their margins.

But there are tens of thousands of smaller businesses in the retail sector that are getting "probably the broadside effect" of the tariff hikes, because they don't have the scale and scope that larger firms have to adjust to the situation.

"I think it's still a relative risk going into 2020. We aren't putting a forecast out yet, but I think it has the impact of modulating consumer spending to a degree going into 2020 and the overall economy," he said.

Still, the federation predicted that Super Saturday, the last Saturday before Christmas, will continue to be the biggest shopping day of the year, with an estimated 147.8 million American consumers expected to participate, up from 134.3 million last year, according to the annual survey released by NRF and Prosper Insights & Analytics on Tuesday.

Since the trade tensions between the world's two largest economies flared up early last year, the NRF has consistently highlighted the negative consequences of the tariffs.

Following the announcement of the phase one deal, the NRF said that for the first time in months, the two countries were moving in the right direction on tariffs.

"Tariffs create uncertainty and costs for American retail supply chains, and the trade war won't be over until they are eliminated completely," NRF Senior Vice-President for Government Relations David French said in a statement.

"We agree that we need to realign our relationship with China, but tariffs that harm American businesses, workers and consumers are not the answer and cannot be allowed to continue," French said.