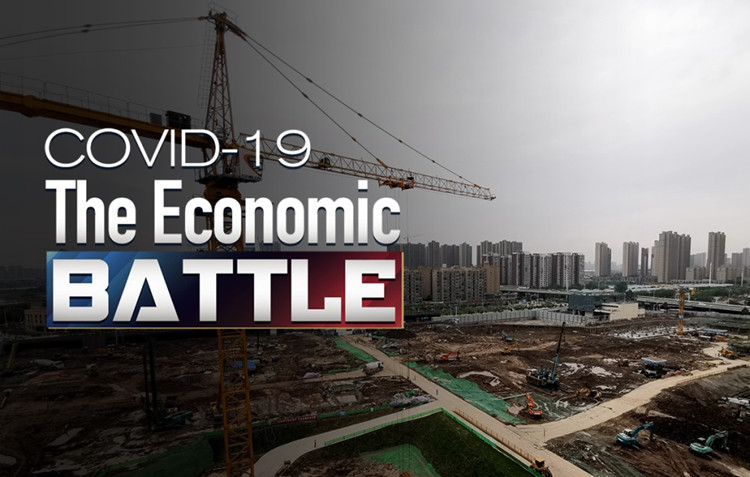 After most cities in China have been released from quarantine, the housing market shows signs of recovery under the shadow of weakening investment sentiment and home purchase intention.

China's total property sales volume dropped by 26 percent in the first quarter of 2020, but 30 major cities' property sales are close to the level in 2019 in early May. However, the hit from COVID-19 and weaker market sentiment will likely lead property sales to decline by five to seven percent in 2020, UBS predicted in research released on Wednesday.

The pandemic not only hit property transactions due to massive quarantine but also damaged household income and confidence in the property market.

According to the latest UBS Evidence Lab China housing survey, which was conducted in April, the purchase intention of the 3,322 respondents in the next two years declined sharply from 35 percent a year ago to 21 percent.

The survey also showed that almost 80 percent of respondents that originally had home purchase plans in the next two years decided to delay or cancel their plans.

Major cities show faster recovery than other cities since the housing market always diverges in the country.

In the major 70 cities, 38 of them saw a new home price increase in March from February, compared with only 11 cities having price growth in February, according to data released by China's National Bureau of Statistics on April 16.

While the Chinese government still refrained from a major property easing, the UBS research believed that the renovation could help support property demand modestly.

China has announced plans to renovate seven million old-town homes this year, double that in 2019, which could support property investment as shantytown renovation weakens, the UBS research said, predicting property investment to stay relatively resilient with the growth of two to four percent in 2020.