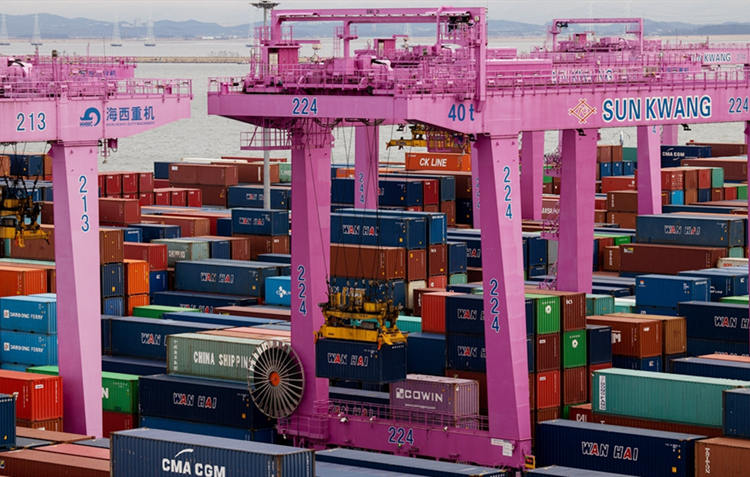 South Korea's exports slumped 24.3 percent in April from a year earlier under the impact of the virus pandemic, which also disrupted the global supply chains. This is the biggest plunge since the global financial crisis in 2009, data from the country's trade ministry showed Friday.

A Reuters poll predicted a 25.4 percent fall and economists from Bloomberg estimated a 23 percent drop in shipments.

Imports fell 15.9 percent in April, reversing a 0.3 percent gain in the previous month and resulting a 946 million trade deficit, the first since January 2012.

"It was inevitable for the country to suffer a trade deficit as South Korea's imports of materials were not disturbed with assembly lines here maintaining normal operations," the ministry said in a statement reported by Yonhap News Agency.

The ministry attributed the fall to multiple factors including virus that disrupted supply chains and halted production, and the plunge in oil prices that weighed down exports of petrochemical products as well as a higher base effect.

Exports to major trading partners all suffered big losses. Exports to China, South Korea's top trading partner, plunged 17.9 percent, and that to the U.S. and the EU also fell by 13.5 percent and 12.8 percent, respectively, data from the Ministry of Trade, Industry and Energy showed.

Exports of chips dropped 15 percent, affected by a weaker demand due to the pandemic. Exports of petrochemical products also fell 33.6 percent. Shipments of automobiles dropped 36.3 percent as virus forced factories to shut down operations.

The International Monetary Fund (IMF) in March predicted a 1.2 percent contraction of the South Korean economy this year. The country's economy rose 2 percent last year, the lowest in a decade.