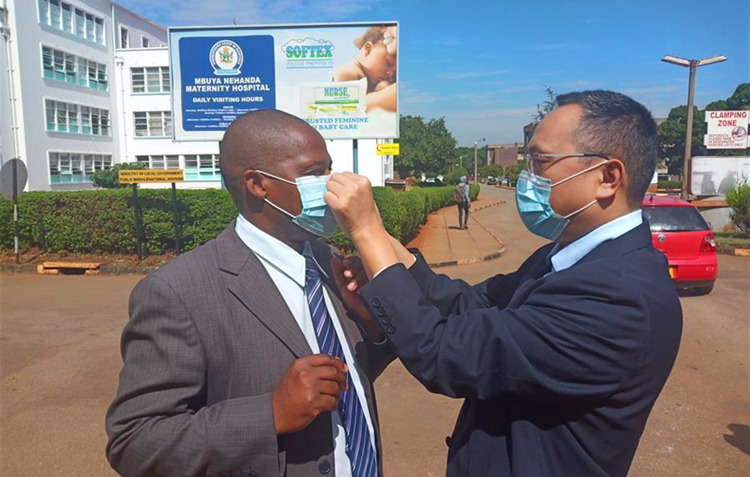 China and Zimbabwe have vowed to strengthen cooperation and join forces to fight the virus pandemic as it spreads on the African continent.

President Xi Jinping and Zimbabwean President Emmerson Mnangagwa reached the consensus during their recent exchange of congratulatory messages on the 40th anniversary of bilateral diplomatic relations on Saturday.

Xi said that China and Zimbabwe have always adhered to mutual trust and mutual support over the past four decades and the relationship has withstood the test of time and the challenges of the international situation.

Noting that he and Mnangagwa have reached important consensuses on establishing and developing the China-Zimbabwe comprehensive strategic cooperative partnership, Xi said he attaches great importance to bilateral ties and will work with his Zimbabwean counterpart to take the 40th anniversary as an opportunity to further advance bilateral ties.

Xi suggested that the two sides jointly promote the development of the Belt and Road, the outcomes of the Beijing Summit of the Forum on China-Africa Cooperation and the realization of Zimbabwe's "Vision 2030", expand practical cooperation in various fields, and offer each other stronger support on issues involving their respective core interests and major concerns.

Mnangagwa said that the past 40 years have demonstrated that sincerity, solidarity, mutual benefit and mutual trust are the prominent features of the brotherly friendship and high-level relationship between the two countries.

Zimbabwe steadfastly adheres to the one-China policy and wishes to see further Belt and Road cooperation, he said, adding that Zimbabwe will continue to resolutely push for the deeper development of the comprehensive strategic cooperative partnership between the two countries.

In face of the grave challenge of the virus pandemic, Zimbabwe is willing to strengthen solidarity and mutual support with China and jointly cope with the effects of the disease on bilateral cooperation, he said.

A total of 20,270 confirmed infected cases have been reported in 52 African countries with 1,025 deaths as of Friday, according to the Africa Centers for Disease Control and Prevention.

China has been closely following the development of the epidemic situation in Africa and has provided various kinds of medical assistance including testing reagents and protective equipment to 53 African countries as of April 12.