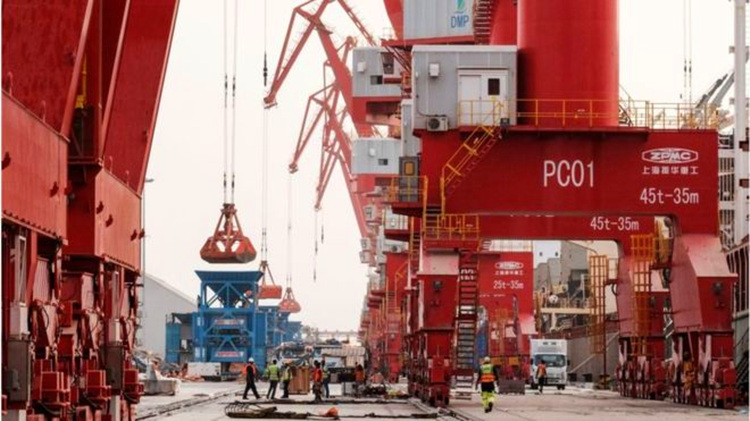 A tiny coastal nation in the Horn of Africa hopes it can one day become the heart of shipping on the continent.

Djibouti, located at the mouth of the red sea, sits along the Gulf of Aden - one of the world's busiest shipping routes.

However, it has a population of less than one million, and several other African nations have a head start.

Despite this, Djibouti aims to become a gateway to South Sudan, Somalia and the Great Lakes region.

More than 90% of the goods it handles go to Ethiopia, and Djibouti hopes to broaden this scope to serve other similarly landlocked countries.

Port development is a key interest on the continent right now, particularly on the east coast of Africa.

Kenya is currently building a second major port in Lamu, as well as continuing the expansion of its port in Mombasa.

In June 2018, Tanzania began construction on a $10bn port in Bagamoyo, which aims to become the biggest port in East Africa when it is completed.

And in October, expansion began on a port in Somaliland, to help it cater for much larger vessels.

Many of the ports are now possible due to foreign investment - China, in particular, has taken an interest in Tanzania, and Djibouti, while Dubai is working on the port expansion in Somaliland.

The nearly 50 sq km (31 sq miles) zone will house manufacturing and warehouse facilities, an export-processing area and a services centre. 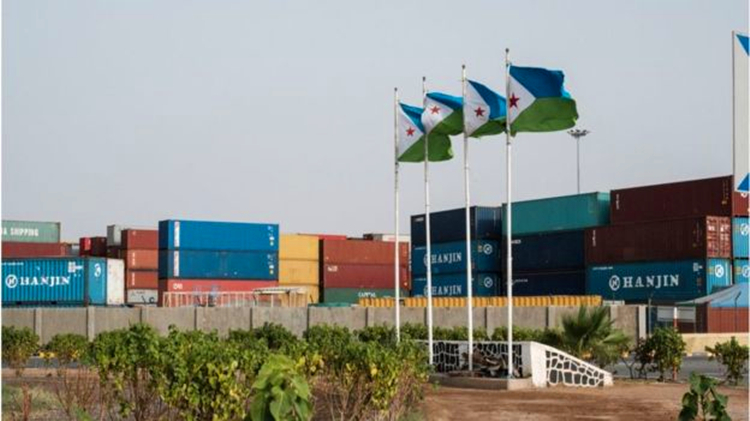 It is part of China's multibillion dollar Belt and Road Initiative, which is constructing a "21st Century Silk Road" in over 60 countries.

Yet Djibouti has a GDP of only $1.84bn, according to the World Bank, and two thirds of its debt is now owed to China.

There are some significant challenges facing the tiny nation, such as dealing with bottlenecks on Djibouti's roads and railway.

Then there's the fact that Ethiopia is now warming relations with Eritrea, so there could be competition for Ethiopian business from Eritrea's Massawa port.

So is Djibouti biting off more than it can chew?

"Everything we are building in Djibouti is demand-driven," he told the BBC.

"Our ports are quickly becoming full with the volume of business, so we are not going to have any issue with paying back these loans."

Mr Hadi has been sceptical of recent investment interest from Western countries, and says he prefers working with the Chinese.

"They have a different attitude...they believe in Africa," he said. "They know that Africa is the richest continent in the world, but with the poorest people in the world.

"So there is a win-win opportunity going on between Africa and China, that Westerners have not seen."