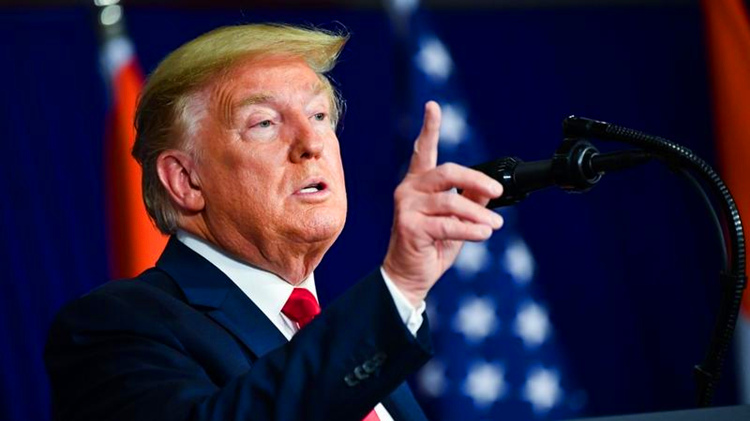 The 36-hour whirlwind India tour of US President Donald Trump evolved to focus a great deal on defense and trade issues amid election-tilted fanfare.

Plans for the sale of US$3 billion worth US military equipment, including maritime helicopters, and an intent to seal an elusive trade pact between the two countries ended Trump's two-day visit.

The military deal included the purchase of 24 MH-0 Romeo helicopters and a contract to buy six AH-64E Apache helicopters.

Putting the value of the military purchases in perspective, Indian Foreign Secretary Harshvardhan Shringla, who used to be India's ambassador to the United States, said "in all we are talking about a US$9 billion acquisition" since 2014-15.

For India, its military and energy trade volume could be an effective way to ensure that the trade imbalance is kept under check and conclude an equitable trade deal with Washington.

India's energy imports from the US are expected to touch US$10 billion this year.

Analysts believe Trump too would move faster on military and trade cooperation with India in an election year.

"Creating jobs for the US people has remained a key theme for President Trump. The military deals will help Trump. Any deal that helps the manufacturing states of the US is going to help Trump", said Bhanuchandar Nagarajan, a policy adviser to India's ruling party BJP.

He said progress on trade will strengthen the ongoing strategic convergence between the two countries on various issues such as cooperation on counterterrorism in the region.

Yet many issues remain to be addressed before a trade deal is signed. India-US bilateral trade was US$150 billion in 2019 and the trade deficit in favor of India.

Since Trump took office, the two countries have sparred over tariffs, ranging from those on Harley-Davidson motorbikes and almonds to India's new rules on local data storage.

And Trump has been pressing India to reduce tariffs to bridge the trade gap. This visit was no exception for Trump who had once termed India as a "tariff king".

When the US levied tariffs of 25 percent and 10 percent on steel and aluminum in 2018, India was also hit.

Soon afterward, Trump terminated India's beneficiary status as a developing nation under the Generalized System of Preference on the charge that India did not give US products "equitable and reasonable access" to its markets. India then imposed retaliatory tariffs on 28 products from the US.

Separately, the US has also been urging India for greater access for its farm products.

A joint statement on Tuesday seemed to have factored in the concerns on the trade issues.

"The two leaders recognized the increasing importance of the trade and investment dimension of the India-US relationship, and the need for long-term trade stability that will benefit both the US and Indian economies", it said.

Meanwhile, Indian Prime Minister Narendra Modi was cautiously optimistic about an early trade deal, saying: "President Trump and I have agreed that our teams will give a legal shape to the understanding that our commerce ministers have reached."

Yet the visit was long on optics where two leaders wanted to show their personal chemistry to their respective audience.

"Trump's visit was more pageantry than substance, but the audience he was aiming for is partly Indian Americans who might be willing to vote for him if he seems to be a large supporter both of the country and of Modi", said Pawan Dhingra, a professor at the Amherst College in the US.