The spread of new virus calls for China-U.S. cooperation 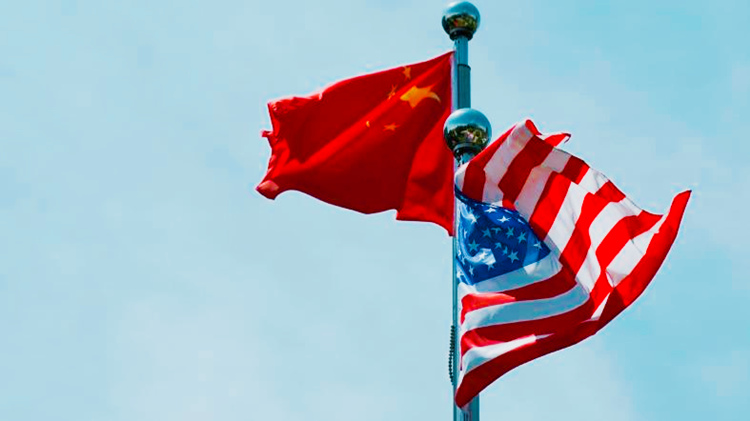 With the new virus spreading fast in the U.S., the Trump administration has declared a national emergency. Analysts in China have been closely following its economic and political impact on the U.S. and also the virus has turned into an important factor shaping the U.S.-China relationship in the near future.

As commented by the New York Times and other Western media, the Trump administration has wasted time bought by China's all-out effort in combating the outbreak. The White House was widely criticized for downplaying the severity of new virus in an effort to avoid undermining Trump's re-election campaign.

In addition, the mechanism lead by Vice President Mike Pence for handling the outbreak also faces a big test. With a 10-percent decline on the budget of U.S. Centers for Disease Control from 2010 to 2019, American public health institutions find difficult to meet the rocketing demands of the virus testing. Apart from this, the U.S. also faces another challenge in terms of medical supplies. At present, there are only about 35 million N95 masks across the country. But it is estimated that 300 million masks would be needed in the worst scenario.

In terms of the economy, there is a growing concern about the economic impact caused by the outbreak. U.S. Secretary of Commerce Wilbur Ross said that the outbreak in China would help accelerate the return of jobs to North America. But the status quo has revealed American politicians' myopic thinking. The recent stock market crash has shown people's fear. Former Federal Reserve Vice Chairman Alan Blinder believes that the U.S. economy could be in recession in March. JP Morgan forecasts negative growth of the U.S. economy in the first and second quarters.

The American retail market also has been hit severely due to a virus-driven halt in supply and the loss of demand from China and other countries. The loss in the airline business and the service sector is probably not retrievable, and the fall in oil prices will probably lead to mass layoffs in the energy industry. Many American economists believe that even if the outbreak is contained, the economic recession in the U.S. is likely to last for a long time.

The Trump administration has introduced some measures to cope with the economic impact, including providing low-interest loans for impacted companies by the Small Business Administration, and pushing the Congress to approve payroll tax cut. However, for many, these measures are either insufficient or inappropriate.

For instance, Paul Winfree, former Deputy Director of the Domestic Policy Council, said that the payroll tax cut may boost the stock market and fight economic recession in the short run, but at a high cost, and that it cannot have a significant impact on potential crises.

The Trump administration should see beyond its domestic policies to better cope with the economic impact brought by the virus. As the outbreak spreads across the world, Washington needs a set of consistent and powerful strategies that integrate global diplomacy, public health measures, and economic stimulus plans. Undoubtedly, China should play a key role in the strategy. The White House needs to adopt a more cooperative attitude toward China.

To start with, American businesspeople and some congressmen hope that the Trump administration will soon reduce tariffs on goods imported from China, which can directly boost U.S. economic growth.

Democratic Representative Stephanie Murphy said that lifting the tariffs is fully within the authorities of the executive branch and can reduce the burden of American businesses and consumers.

Craig Allen, president of the U.S.-China Business Council, also said that both economies are suffering from a common challenge and that both sides should use this as an opportunity to reduce tariffs. The reduction or cancellation of tariffs will have significant importance for many American companies that rely on the Chinese market and have suffered from cost increase and supply chain disruptions due to tariffs.

Second, Peter Navarro and others are asking the federal government to only purchase domestically produced medicine or medical equipment, which is just the first step to use the virus to decouple the U.S. economy from China. This has caused a disturbance in the business community, and will only exert a negative influence on U.S.'s handling of the outbreak as China can export more medicine and medical equipment to the U.S.

Third, as the two largest economies in the world, the U.S. and China should demonstrate leadership in maintaining the stability of the global economy. According to the Institute of International Finance, the global economic growth rate will be close to 1.0 percent, far lower than the 2.6 percent last year, reaching a record low since the 2008 financial crisis. Central banks around the world have upped the ante in policies dealing with new virus by cutting interest rates, purchasing assets, and utilizing other liquidity facilities.

However, what the world needs now is the cooperation between the U.S. and China to promote deeper coordination of macro-economic policies among major economies in the world. The pandemic is truly a black swan. It should also become the catalyst for easing the tension between the two economies and for enhancing global collaboration.