New virus' hit to trade will be short-term 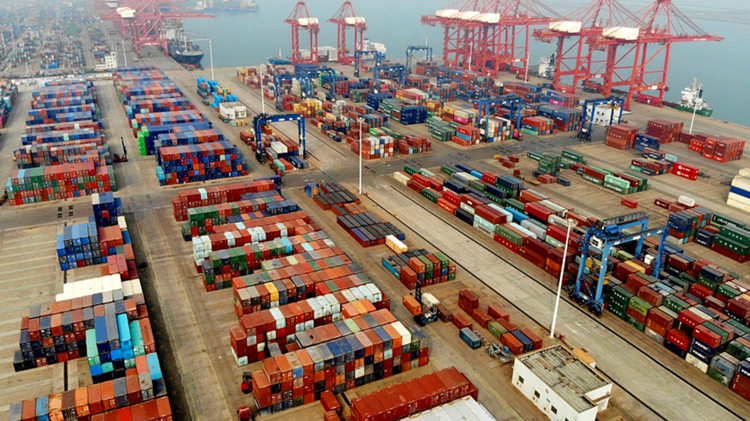 The slump in China's foreign trade data came as no surprise to the market. Li Kuiwen, an official of General Administration of Customs, explained that China's foreign trade took a hit from the virus outbreak, as well as the Spring Festival effect. However in February, export and import began to recover. "We have seen increasing number of registration of foreign trade, and rebounding transportation activities," he added.

The Chinese government has taken a slew of measures to facilitate the resumption of foreign trade businesses, including speeding the clearance process, and simplifying related procedures. They also reported over 80 percent of the surveyed foreign trade companies have resumed work as of last week.

Professor Liu Baocheng from the University of International Business and Economics told CGTN that the losses are short-term. "Hopefully, China is able to take effective measures, paying a little economic price in the beginning, but production could be resumed as soon as possible. And the government, businesses, and workers can work hard to make up for the loss."

But Liu Chunsheng, associate professor of Central University of Business and Economics cautions that the spread of New virus outside China may bring more uncertainties to global trade. "The virus outbreak around the world is getting worse, it will increase the uncertainties of world trade, weakening outbound demand, and bring negative impact on supply chain."

Analysts say imports will likely stay resilient due to strong domestic demand, but investors are closely watching the impact of the virus on the global economy, which may weaken external demand and hurt exports in coming months.