Enterprises make a beeline for the Bay Area 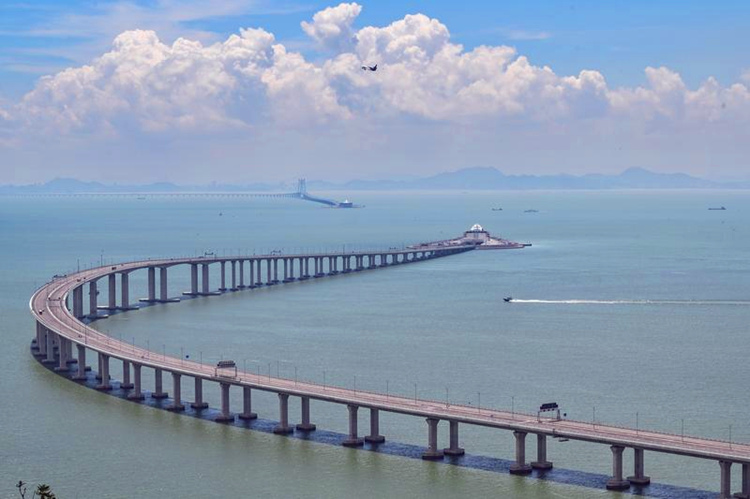 As development of the Guangdong-Hong Kong-Macao Greater Bay Area gathers steam, companies operating in the 11-city cluster could merge into a “Bay Area Company” in the near future, boosted by growing investment.

The scenario was painted by Tony Xin Haiyang, co-founder of CocoRobo — an educational technology startup established in Hong Kong that has been expanding its footprint in Shenzhen, Macao and Zhuhai.

The company offers solutions for enterprises with STEM (science, technology, engineering and mathematics) education plans in the Bay Area that will strengthen the links between local education bureaus and schools in the region.

The report found that a majority of the companies on the Chinese mainland see the region’s economy growing at a faster pace than the rest of the country in the next three years.

“Organizations would previously view their China strategy as part of their long-term strategic development plans. However, the Bay Area development is now being specifically seen as a strategy for achieving their long-term goals,” said Maggie Lee, partner of audit and head of capital market development for Hong Kong at KPMG China.

After the development blueprint for the Bay Area was unveiled a year ago, the region — with a combined population of 71 million and accounting for 12 percent of the nation’s gross domestic product — has witnessed deepened reforms and accelerated integration with the two infrastructure projects having begun service, the Hong Kong-Zhuhai-Macao Bridge and the Guangzhou-Shenzhen-Hong Kong Express Rail Link. At the same time, the joint efforts of regional governments and businesses have further fueled the region’s growth momentum through huge investments.

The third annual survey on growth drivers in the Bay Area, conducted between July and September last year, interviewed 747 business executives on the mainland and in Hong Kong and Macao.

Lee, who took part in the poll for the third consecutive year, said what she discovered was that the respondents were becoming more optimistic about development prospects in the Bay Area.

The survey showed that 96 percent of the respondents expected the Bay Area development to help them lift their revenues over the next three years, while more than half (52 percent) of the companies polled plan to expand into the region before 2022.

The key motivation for investing in the Bay Area is the thought of accessing a larger market, with 73 percent of the respondents citing it as the top incentive.

Zhang Hailiang, chief executive officer of Tricor, Chinese mainland, noted that before the Bay Area project came into prominence, the Pearl River Delta region, including Shenzhen, Guangzhou and Hong Kong, was already an investment hotspot. The Bay Area’s incentive policies and development plan have further boosted investment in the region.

Zhang told China Daily the number of companies that have inquired about tapping into the Bay Area and plan to enter the market climbed last year.

“While the government has taken the lead in introducing policies that are beneficial to the Bay Area development, the market has responded quickly in implementing these polices,” said Lee.

She said the market sees that the expertise and experience of various cities in the Bay Area can jointly offer companies a total solution for business development in the region, thereby resulting in greater synergy.

As for the policies launched by governments in the Bay Area, she noted that a large number of them have focused on providing greater convenience for talents studying, working and living in the region. As a result, the high quality of life in the region is set to rise further.

To attract overseas talents, including those from the two special administrative regions, to work in the nine mainland cities in the Bay Area, Guangdong province plans to set aside 3.1 billion yuan (US$450 million) this year for tax subsidies, according to the province’s 2020 budget proposal.

The KPMG China survey also showed that technology and innovation, financial services, trade and logistics sectors are seen as the top three sectors to benefit most from the region’s development. The real estate sector would offer the most promising prospects in the overall economic outlook. Property companies emerged as the most ambitious, with 34 percent of surveyed property business executives planning to spend more than HK$500 million (US$64.35 million) in the region.

Besides, 82 percent of the polled executives reckoned that companies in the education sector are very likely to be on the expansion trail — the most among other sectors.

In the long term, Zhang is bullish about new-energy technology and high technology, as well as the financial service industries in the Bay Area. With a complete industrial chain, the region’s market is equipped with a solid foundation for high-tech companies.

The survey also found that policy or regulatory ambiguity, uncertainty and unfamiliarity remained the top risks that could impact enterprises’ business plans.

As the Bay Area cities come up with various favorable policies, companies aiming to access the market will have to gain a comprehensive insight into each city in terms of its policies and regional characteristics, Zhang said.