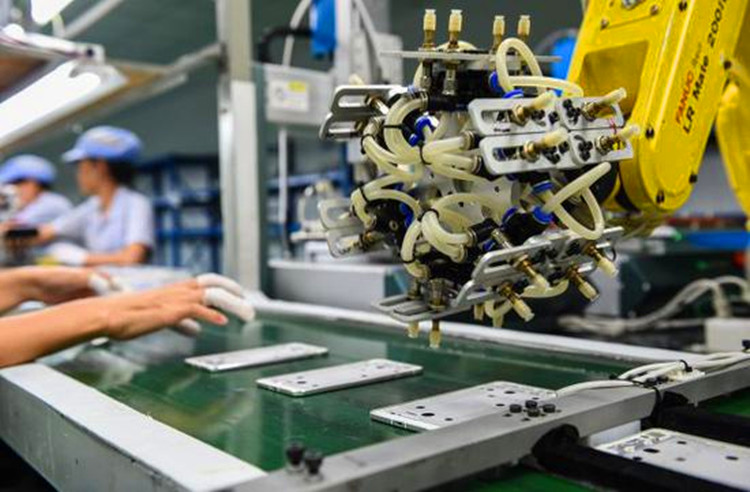 Foreign Ministry spokesman Geng Shuang said on Wednesday that China has not seen a large-scale transfer of its supply chains to the other parts of the world as a result of the new virus outbreak.

The outbreak will have only a limited and temporary impact on China's economy, which will develop for the better in the long term, Geng said at a daily news conference.

The epidemic has not altered the factors that support the high-quality development of the country's economy, he said.

China's manufacturing sector is the largest and most diversified in the world, and the international community is confident that China's supply chains are resilient enough in the face of the epidemic, Geng said.

In addition, domestic and international companies have resumed business in key industries in China, which is getting the disease under control, the spokesman said.

Any attempt to cut global supply chains due to the epidemic, or any support for transferring or decoupling them is unrealistic and unwise, Geng said.

With regard to the global economy, he said its growth prospects will depend on how widely the epidemic spreads and how long it lasts, which in turn hinges mainly on the way the world responds.

"At this critical stage, the international community should work together to overcome the epidemic as soon as possible, resume normal exchanges and cooperation between countries and put development of the global economy back on track," he said.

Meanwhile, Beijing called on the five permanent members of the United Nations Security Council to further their cooperation to maintain the authority of the Treaty on the Non-Proliferation of Nuclear Weapons.

China, France, Russia, the United Kingdom and the United States, the five nuclear-weapon States recognized by the treaty, issued a joint statement on Tuesday to celebrate the 50th anniversary of the treaty coming into force.

The treaty is the basis for the international nuclear disarmament and non-proliferation regime and is an important part of the international security system, but it is being challenged by growing uncertainties, Geng said on Wednesday.