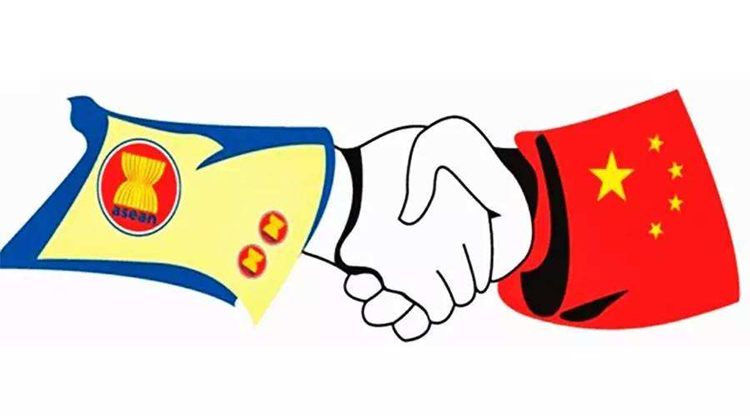 Association of Southeast Asian Nations (ASEAN) has replaced the EU to emerge as China's largest trading partner in the first two months this year, customs data showed, as many Southeast Asian countries presented an unbreakable supply chain with China to secure trade despite external shockwaves like the virus, experts noted.

Trade between China and ASEAN economies rose by 0.5 percent year-on-year to $85.32 billion in January and February, against a backdrop of falling trade with most other trading members as a result of the virus assault. Overall, China's overseas trade slipped by 11 percent to $591.99 billion in the first two months of 2020.

During this period, China's US dollar-denominated exports to ASEAN economies slipped by 5.1 percent on a yearly basis, but imports soared by 7.2 percent, according to the customs data.

In particular, China's imports from Vietnam recorded an astonishing surge of 24.2 percent, besides imports from Indonesia also rose by 13 percent year-on-year.

Xu Liping, director of the Center for Southeast Asian Studies at the Chinese Academy of Social Sciences in Beijing, said a lot of Chinese and multinational companies' upstream businesses have shifted to ASEAN economies, where products are manufactured and then exported to China for further packaging, which might have spurred import growth from ASEAN members to China.

"The trade growth between China and ASEAN is sustainable and has an inertia," he told the Global Times.

Samsung, for example, has shifted a lot of its manufacturing bases to Vietnam and India in the past years, according to media reports.

Xu added China might have increased imports of certain medical supplies from ASEAN members, like cotton, which has pushed China-ASEAN trade.

China's imports of medicine and related materials surged by 3.6 percent on a yearly basis to $4.87 billion in January and February, customs data showed.

Gu Xiaosong, an expert on Southeast Asian studies at the Guangxi Academy of Social Sciences, said transportation between China and ASEAN economies was not much restricted compared with other areas during the epidemic, which helped prop China's trade with those countries.

He nevertheless added that the EU is likely to rise again as China's largest trading partner after the virus fades, as the EU's economic aggregate is 2-3 times larger than that of the ASEAN economies.