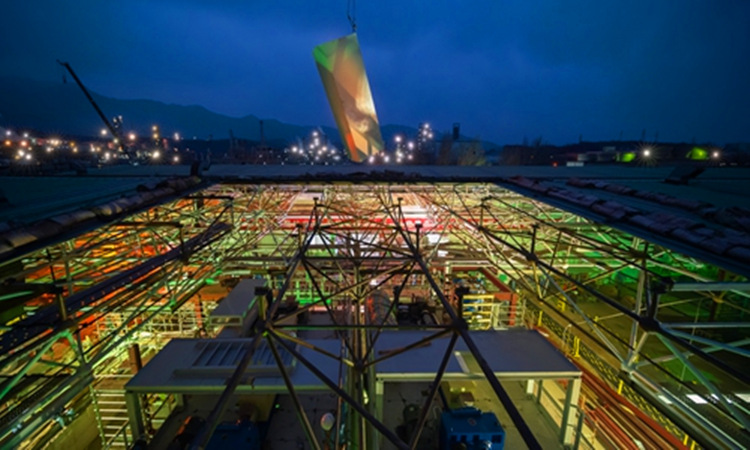 A general view of the non-woven fabrics factory under Sinopec, one of China’s major oil producers, in Beijing on Monday. Sinopec has invested 200 million yuan ($28.7 million) to build a non-woven fabrics production line to ease shortages of the face mask raw material in China. Photo: IC

China will take more coordinated and targeted measures to stabilize the country's economic and social development against the headwinds from the outbreak of the novel virus disease .

More targeted measures will be rolled out to keep employment, finance, foreign trade and other major aspects of the economy stable, according to a State Council executive meeting chaired by Premier Li Keqiang Tuesday.

The policy coordination among macro adjustment, foreign trade and investment, and financial stability should be enhanced to add internal impetus and ensure the economy operates within a reasonable range the whole year, the meeting said.

The meeting stressed steady and orderly resumption of work and production in transport, delivery and other logistics sectors to realize stable growth, while calling for improved administrative services and bigger tax and fee cuts.

Insurers are encouraged to reduce or waive related insurance fees for motor vehicles, boats and planes that have been forced out of service due to the epidemic. Different localities are also encouraged to adopt effective measures to help taxi drivers tide over the tough period.

Local governments will enjoy stronger fiscal support, including retaining a bigger proportion of money after turning in a specific share of fiscal revenue to the central government for certain periods of time, faster allotment of transfer payments. General expenditures will be slashed further, according to the meeting.