Brexit: What trade deals has the UK done so far? 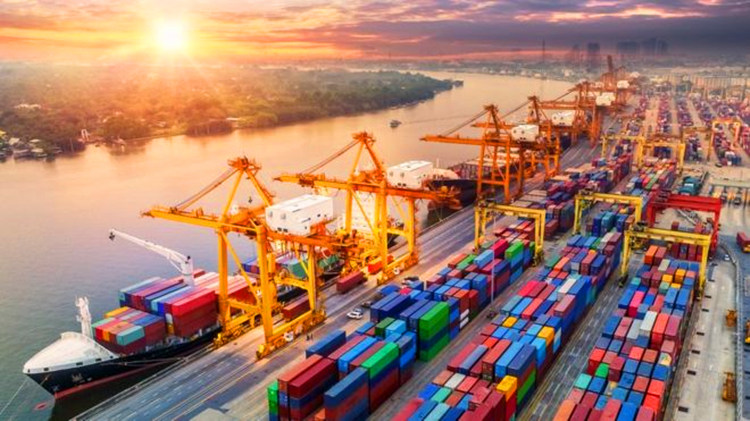 Following Brexit, the UK is free to strike new trade deals for selling goods and services around the world.

The government is also beginning negotiations for a new trade agreement with the European Union (EU).

So, what is free trade and what deals has the UK already done?

What is a free trade deal?

A free trade deal aims to encourage trade - usually in goods but sometimes in services too - by making it cheaper. This is often achieved by reducing or eliminating tariffs - charges for trading across borders.

Trade agreements also aim to remove quotas - limits on the amount of goods that can be traded.

Trade can also be made simpler if countries have the same rules, such as the colour of wires in plugs. The closer the rules are, the less likely that goods need to be checked.

So why have tariffs and quotas at all?

While free trade agreements aim to boost trade, too many cheap imports could threaten a country's manufacturers.

In order to protect local car makers, for example, a country could impose tariffs on vehicles from other parts of the world.

Why does the UK need an EU trade deal?

The UK will need an agreement with the EU to stop new tariffs and other trade barriers coming into force after the transition period ends on 31 December 2020.

During the transition period the UK will remain part of the EU's trading arrangements - the single market and the customs union. That means no tariffs, quotas or checks will be introduced.

The point of the transition is to give both sides some breathing space while a trade deal is negotiated, and to give businesses time to get ready.

If any trade deals are reached, either with the EU or other countries, they will not start until the transition period ends.

What about a Canada-style deal?

Prime Minister Boris Johnson has spoken in favour of an EU trade agreement that builds on the deal that Canada has.

Tariffs on most Canadian goods, such as machine parts, have been eliminated. However, there are some additional checks, such as customs and VAT.

The financial sector is important to the UK economy - so getting a deal in this area will be a priority.

How easy will it be to negotiate a UK-EU trade deal?

Neither side wants tariffs and quotas - so that part of the trade deal could be straightforward.

But getting agreement around rules and regulations could be much tougher.

The UK and the EU currently share the same rules in areas like workers' rights, competition and environmental policy - they're known as level playing field rules.

But in a recent document outlining the UK's aims, the government said: "we will not agree to any obligations for our laws to be aligned with the EU's".

However, the EU insists that the UK must stick to the rules - so UK businesses don't gain an advantage.

Even if a trade deal is agreed, it will not eliminate all checks because the EU requires certain goods (such as food) from non-EU countries to be checked.

If negotiators fail to reach a deal, the UK faces the prospect of trading with the EU under the basic rules set by the World Trade Organization (WTO).

If the UK had to trade under WTO rules, tariffs would be applied to most goods which UK businesses send to the EU. This would make UK goods more expensive and harder to sell in Europe.

Having WTO terms would also mean full border checks for goods, which could cause traffic bottlenecks at ports.

And the UK service industry would lose its guaranteed access. Qualifications would no longer be recognised and it would be much harder for workers to travel to the EU.

This would affect everyone from bankers and lawyers, to musicians and chefs.

What trade deals has the UK done so far?

While it was an EU member, the UK was automatically part of around 40 trade deals the EU had struck with more than 70 countries.

The UK has been trying to copy these arrangements. So far, 19 such deals, covering 50 countries or territories, have been rolled over. These deals represent just over 8% of total UK trade.

The government says it is still in negotiation with a further 16 countries, including Canada and Mexico.