Epidemic's impact on economy to be 'manageable' 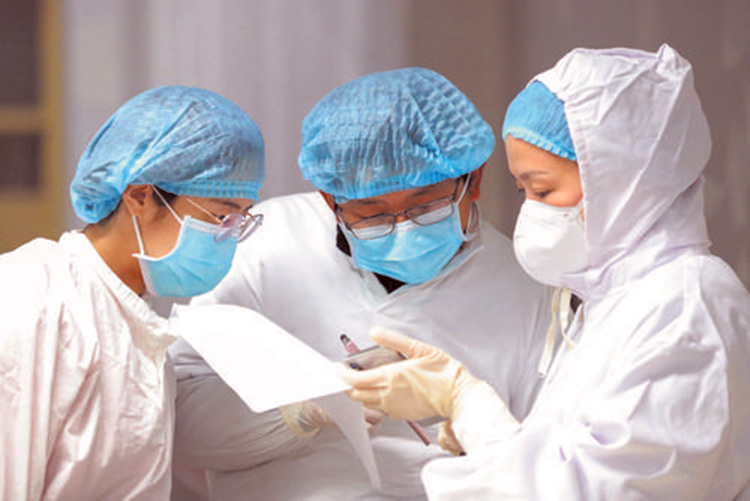 The new virus epidemic's overall impact on the Chinese economy will be manageable as the number of new cases has been steadily declining recently across the country, including in Hubei province, and because of the robust supportive measures taken by the government, according to a report by the Shanghai Institutes for International Studies.

The negative economic effects of the disease will also serve as an important catalyst for the formation of a national consensus on high-quality development, paving the way for deeper social and economic reforms in China, it said.

"The multitude of the economic impact from the new virus outbreak depends on how long it takes to get the virus under full control," Chen Dongxiao, president of the Shanghai-based think tank, said in a preface of their report.

"Things are clearing up in other parts of China outside Hubei province, where local authorities are trying to strike a balance between fighting the epidemic and reviving economic life with tailored measures. Therefore, the epidemic is likely to be kept in check within the first quarter, with controllable impacts on China's economy for the whole year, despite its severe short-term damage," Chen said.

It is believed the epidemic can bring new opportunities for healthcare, online services, and some other industries, he added.

The latest statistics in China show the epidemic continues to trend downward.

A total of 125 new confirmed cases of the new virus and 31 deaths were reported on Monday on the Chinese mainland, bringing the two numbers up to a total of 80,151 and 2,943, respectively.

As of Monday midnight, some 47,204 people had been discharged from the hospital after recovering from the virus, said the National Health Commission.

Regions outside Hubei reported single-digit or no increases in daily new confirmed infections, the commission said.

The World Health Organization also said on Thursday that its greatest concern in relation to the new virus is no longer China, but the rest of the world. The reason behind the WHO statement is that the number of new cases in other parts of the world now exceeded the new cases reported in China for the second day in a row.

Though less fatal than the Severe Acute Respiratory Syndrome outbreak in 2003, the new virus is more widespread and contagious. Its impact on China's economy first struck tourism and consumption before the Spring Festival, and then spilled over to hit supply chains since early February.

In order to curb the spread of the virus, the highest emergency response levels were activated across China shortly after the lock down of the city of Wuhan on Jan 23. The Spring Festival holiday was prolonged and people were advised to stay at home and avoid large gatherings.

Chinese authorities have taken a series of strong steps to shore up the economy against the epidemic's impact, including flexible and targeted monetary policies and measures to help market participants resume economic activity.

The response to contain the virus by the central authorities and local governments is reflected by a whole range of emergency measures they have taken. These include stringent travel restrictions, regular information disclosure and sustained material supplies, which demonstrates the strengths of China's system in this "people's war" against the epidemic, the report explained.

The report argued the magnitude of the economic impact ultimately depends on how long the epidemic lasts, and the impact will not be far-reaching if the outbreak can be brought under control by the end of March.

At this time, economists are most concerned about two things－difficulties small and medium-sized enterprises face as they resume work, and the effects of the production shutdown in areas affected by the disease.

Compared with deep-pocketed multinationals, which are better positioned to resume production, smaller companies that account for 90 percent of Chinese enterprises have less financial flexibility to withstand long-lasting disruptions, according to the report.

With the growing prospect of the new virus being brought under full control outside Hubei by the end the first quarter, the economic impact on both the supply and demand sides is likely to be limited. But the production shutdown in epidemic areas where the supply chain was disrupted may have some far-reaching effects, according to the report.

With the rapid development of manufacturing in interior provinces, regional supply chains are likely to be further bolstered as more measures are taken to enhance their stability, it said.