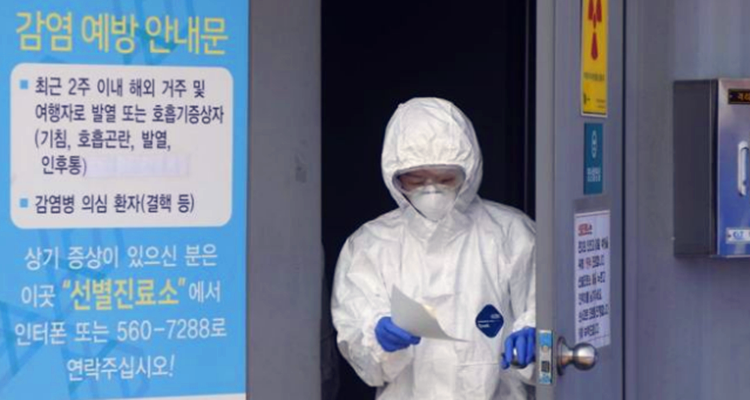 South Korea has recorded its largest rise in the new virus infections in a single day, with 594 new cases confirmed on Friday.

The increase brings the total number of infections in South Korea to 2,931, according to the Korea Centre for Disease Control and Prevention (KCDC).

Seventeen people have died in the country so far.

South Korea has the highest number of confirmed cases outside China where the outbreak started.

Separately, there has been concern over a number of new cases of unknown origin in the US states of California and Oregon.

Most of the new cases of the new virus respiratory disease were in Daegu, the south-eastern city that has been at the centre of the country's outbreak.

The spread of the virus in South Korea has been linked to the fringe Christian group Shincheonji Church, seen by some as a sect. Authorities believe members infected one another during services in Daegu and then fanned out around the country, apparently undetected.

South Korean health officials believe that a 61-year-old member of the sect who last week tested positive for the virus was among the first to be infected and is now at the centre of their investigation.

The female patient initially refused to be transferred to a hospital to be tested and is known to have attended several church gatherings before testing positive.

Any large gathering in a confined space she would have attended - like a church service - would have likely led to further infections, health officials say.

The church says it is being unfairly targeted for criticism and has complained of a witch-hunt.

In neighbouring North Korea, meanwhile, leader Kim Jong-un has warned of "serious consequences" if his officials fail to prevent an outbreak in the country.