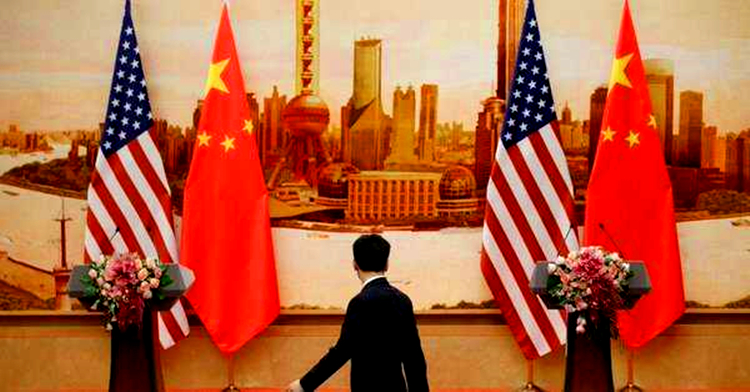 US president vows to support China in battling contagion, willing to assist.

President Xi Jinping urged the United States on Friday to evaluate the novel coronavirus outbreak in a calm manner, and reasonably formulate and adjust its measures in dealing with the epidemic.

Xi made the remark while speaking with US President Donald Trump over the phone. He told Trump that the trend of China's economy to maintain sound development over the long term remains unchanged despite the challenges of the outbreak.

Xi said that since the start of the outbreak, the Chinese government and people have made all-out efforts in the prevention and control of the contagion.

China has taken the most comprehensive and rigorous measures to control the virus, and has launched a people's war against the contagion, he said, adding the prevention and control efforts are producing positive results.

China has the confidence and capability to win the battle against the epidemic, Xi said.

The country has been endeavoring to protect the safety and health of both the Chinese people and people around the world, Xi said. He added that the Chinese government informed the World Health Organization as well as other countries and regions, including the US, in a timely fashion about the disease and in an open, transparent and responsible manner, and it also invited WHO experts to visit Wuhan, the epicenter of the outbreak in Hubei province.

Xi said that the decisive and strong measures the country has adopted to combat the contagion have been fully recognized and praised by the WHO and many countries around the world.

He appreciated Trump's positive remarks about China's epidemic prevention and control efforts, and thanked people from various circles in the US for their donations of medical supplies.

Dealing with the epidemic requires united efforts from various countries, Xi said, and the prevention and control of the contagion remains at a crucial stage.

As the WHO has repeatedly called on countries to avoid overreacting to the outbreak, Xi expressed hope that the US would rationally work out and adjust its measures toward the epidemic. China and the US will maintain communication, strengthen coordination and jointly deal with the contagion, he added.

Trump appreciated China's prominent capabilities in organizing its fight against the virus, and said Washington fully supports China in battling the contagion, and is willing to provide various kinds of assistance to the country.

He is confident that under Xi's leadership, the Chinese people will undoubtedly win the battle against the virus, adding that Washington has full confidence in China's economic growth.

Trump told Xi that the US will consider and deal with the outbreak in a calm manner, and stands ready to maintain communication and cooperation with China through bilateral means and the WHO.

The phone conversation between Xi and Trump came as the US Department of State raised its travel advisory for China to the highest warning level — in disregard of the WHO's recommendations against travel restrictions. The Trump administration has also temporarily banned foreign nationals who have traveled to China from entering the US.

Beijing has actively worked with the international community to deal with the epidemic, and called on countries from around the world to make united efforts in a rational manner. French President Emman¬uel Macron, German Chancellor Angela Merkel and Saudi Arabian King Salman bin Abdulaziz Al Saud have voiced their support for China's efforts to fight the epidemic while talking with Xi by phone.

Other leaders such as Russian President Vladimir Putin and top leader of the Democratic People's Republic of Korea, Kim Jong-un, also expressed faith that under Xi's leadership, the Chinese government and people have the capability to curb the spread of the virus.

Cambodian Prime Minister Samdech Techo Hun Sen visited China on Wednesday and had a meeting with Xi in Beijing in a gesture of his full support for China in the fight against the virus.

Around 20 countries' foreign ministers have also expressed their sympathies to China over the outbreak during telephone talks with State Councilor and Foreign Minister Wang Yi. While offering assistance, they also called on the international community to deal with the contagion in a rational manner.

Italy agreed to resume some commercial flights to and from China to facilitate travel of Chinese travelers stranded in Italy after Vice-Foreign Minister Qin Gang met with Italian Ambassador to China Luca Ferrari on Thursday.

During their phone conversation, Xi and Trump also talked about bilateral issues, including implementation of the phase-one trade deal.

Xi said the phase-one trade agreement benefits China and the US, and is also conducive to the peace and prosperity of the world. This fully demonstrates that despite the differences between them, the two countries can work out solutions through dialogue and consultations in the spirit of equality and mutual respect, he added.

Xi expressed hope that the US will work along with China to earnestly implement the consensus reached between him and Trump, meet each other half way, adhere to the overarching principle of coordination, cooperation and stability and move bilateral ties forward on the right track in the new year.

Trump said his country stands ready to work along with China to carry out the trade agreement and jointly advance bilateral ties.

They agreed to continue to maintain close communications in various forms.