China can curb the virus outbreak

Worldwide attention was attracted to China since the outbreak of the new corona virus in January, which was first reported in Wuhan, Hubei province, and has spread to other places.

The Chinese government has taken a series of strong measures to control it, and the entire country has been mobilized to prevent the epidemic caused by new corona virus. 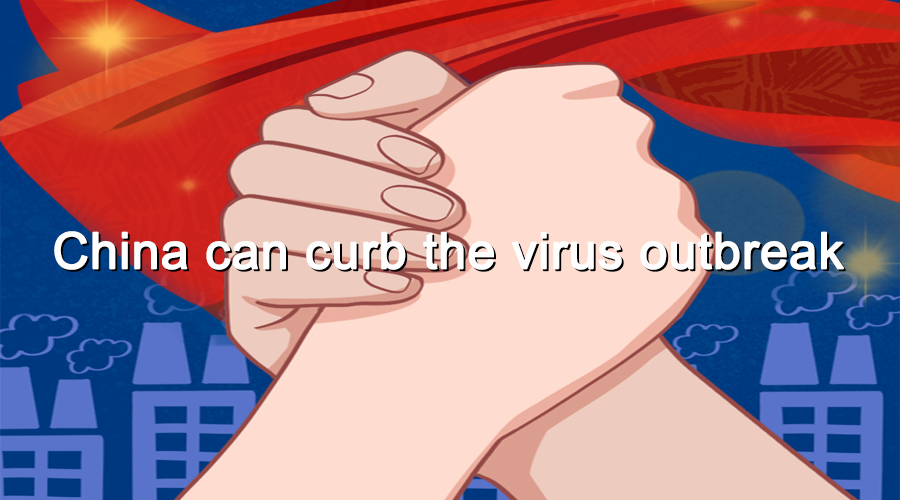 At that moment, Wuhan decided to suspend traffic, and citizens must not leave the city in order to effectively cut off the transmission of the virus and ensure the safety and health of the people.

In another way, monitoring people who have been to Wuhan to self-quarantine at home is also of great importance.

Due to the sealing off of the city, the consumption was greater than the supply, the Ministry of Finance has allocated 1 billion yuan for epidemic prevention and control in Wuhan and the rest of Hubei province.

Wuhan has received a total of 2.586 billion yuan in social donations by January 31.

Vegetables, food and other daily supplies are delivered from other places to Wuhan.

Medical supplies, including face masks, goggles and protective suits have been sent to affected area.

The whole country is working together to win this battle against virus.

As the continuous increase of infected people, construction of Huoshenshan hospital with a capacity of 1,000 beds was completed in Wuhan, and it was handed over for use now. The whole process took only 10 days.

The Sports stadium and two convention centers in Wuhan city will come into use. A total of 3,400 beds will be offered to treat infected patients with mild symptoms.

According to reports, experts are working hard to speed up the development of vaccines and are sure that the vaccine can be successfully researched.

We can see that China has adopted the most comprehensive and strict containment and mitigation measures, which is highly appreciated and fully recognized by the whole world.

Scott Rawlings, a famous architect in US said, “In many ways China is ahead of US and other nations when it comes to responding to mass infections, as they’ve been through this before with SARS in early 2000s ”.

As President Xi Jinping stated, China has full confidence and capability to win the battle against the epidemic.

We all believe that China can curb the virus outbreak and it will return to normal soon as possible.