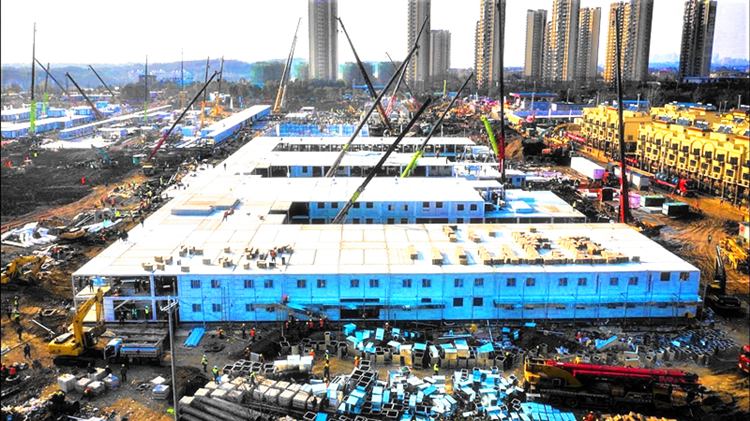 China's Wuhan City has completed construction of the 1,000-bed Wuhan Huoshenshan Hospital in under ten days. Built to treat coronavirus patients, the hospital aims to build off the previous construction of Beijing Xiaotangshan Hospital in just a week's time back in 2003. The final project was finished by a 7,000-member crew, and the hospital received its first patients on Monday morning.

Construction work started on the Huoshenshan hospital on January 23 and was initially scheduled to be built in six days. The final two-story facility includes 30 intensive care units and isolation wards. As the quarantined Wuhan City's existing hospitals were overwhelmed, they began to turn away patients and turned to social media for medical supplies. As CGTN states, work began on the new hospital in the Caidian district of Wuhan to "address the insufficiency of existing medical resources,” according to the official Xinhua news agency.

Coronavirus was declared a Global Health Emergency by the World Health Organization, and over twenty countries have confirmed cases. In China, at least 360 people have died, the government said on Monday, and over 17,000 people have been infected across the country.