The regulations were issued by China's National Development and Reform Commission (NDRC).

Among the world's 10 highest buildings, six that are more than 500 meters are in China.

The country has the most skyscrapers in the world, with 2,395 buildings over 150 meters and 95 buildings over 300 meters, according to statistics from the Council on Tall Buildings and Urban Habitat, a US nonprofit organization.

Li Luke, a professor in the School of Architecture at Tsinghua University, told the Global Times on Tuesday that the construction of buildings over 500 meters has to go through a systematic evaluation of cost and safety due to the engineering complexity and technical difficulty.

"Both the builders and the users should consider whether it is worth the cost and risk to build a skyscraper," Li said.

The NDRC's prohibition on the construction of ugly buildings also won support from many netizens who are fed up with such buildings. The regulation even prompted an online trend of people posting pictures of unattractive buildings.

One typical example is located at an unfinished theme park in North China's Hebei Province, which is half-China's Temple of Heaven and half-US Capitol. Another is the well-known "Flying Kiss" in Southwest China's Chongqing Municipality, which features two huge statues leaning toward each other. The "Kiss" has also drawn attention from abroad. 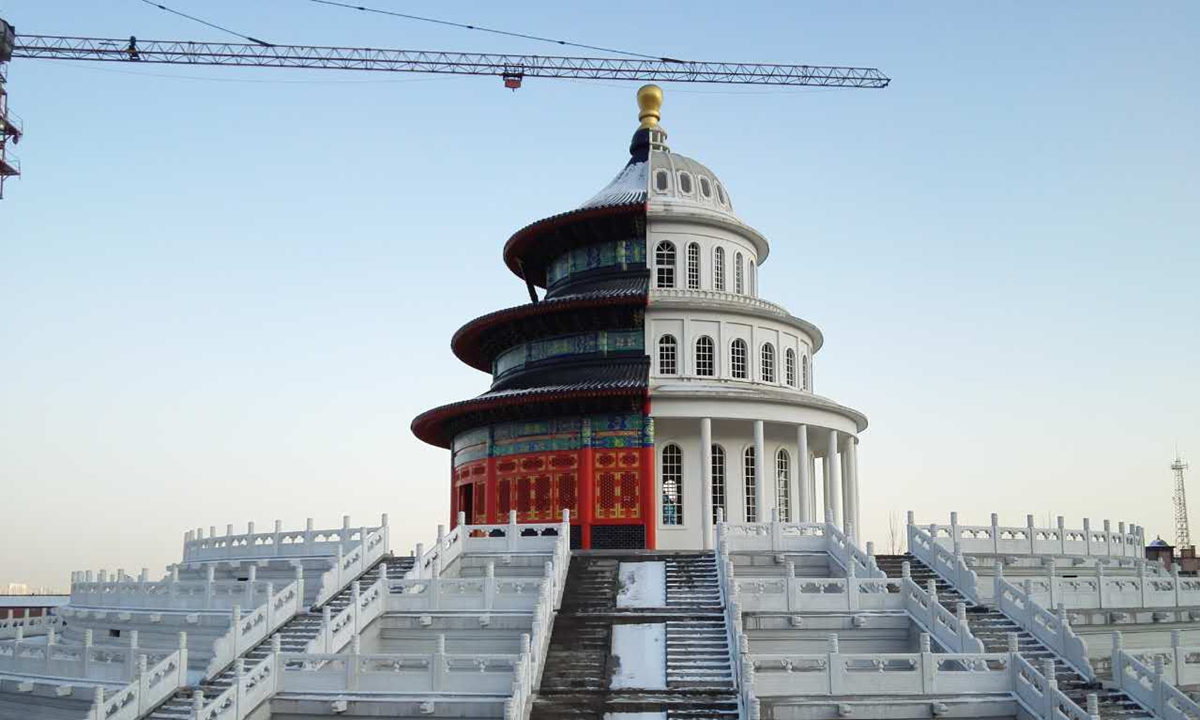 A Beijing-based architecture-related website, Archcy.com, has been selecting China's top 10 ugliest structures annually for the last 11 years, attracting attention from both Chinese architects and the public.

The most common features of the selected buildings on the list include a weird and vulgar style that seeks to replicate certain creatures or artifacts. There is also a disharmony with the surrounding environment and elements that don't match up, according to the evaluation criteria of Archcy.com.

"The authorities should understand that there must be a reason that cannot be ignored if the public generally think some architecture is 'ugly,'" Li said.

Li noted that the generally accepted evaluation of "good" and "bad" architecture lies on its functionality, solidity and beauty.

The Ministry of Housing and Urban-Rural Development and the NDRC jointly issued a document on further strengthening the management of urban architecture in April, 2020, pointing out that buildings that are large and have a strange style to attract public attention are a waste of resources.